UK affiliate calls on BMW to Stop the Pension Robbery! 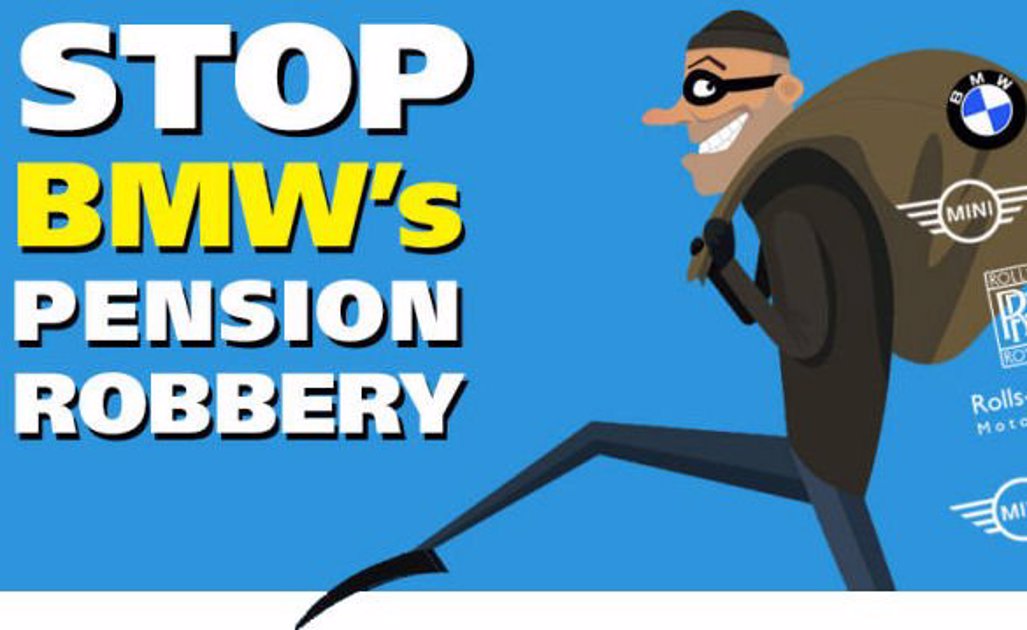 Today is a critical day for BMW Group to start listening to UK workers’ concerns over the closure of their pension scheme, which is but a ‘penny’ considering the workers’ contribution to the Group’s net profit of 8% (€6.9 billion), alongside the record sales volumes of Minis and a 6% rise in Rolls-Royce sales. This morning, a group of workers and Unite members who produce engines along with the iconic Mini and Rolls-Royce motorcars at Cowley, Goodwood, Hams Hall and Swindon plants took action at the doors of the company headquarters in Munich to hand in their petition calling on BMW Group to stop the ‘Pension Robbery’!

Earlier this month, the carmaker’s plan was to close two final salary pension schemes and replace them with the same pension scheme like new staff members who started work after 2014, which is much less beneficial. BMW offered a derisory £7,000 payment to give up their final salary pension. The estimated closure of the BMW occupational pension scheme could see some of the UK workers to lose up to £160,000 in retirement income. These astonishing figures clearly demonstrate that the automotive industrial workers concerned would be put in a lose - lose situation and see their much relied-upon pension back-up vanish.

Unite the Union national officer Tony Murphy commented: “UK workers feel as though they are being taken for a ride. BMW bosses say, on the one hand, they want to negotiate seriously, but on the other, refuse to talk about affordable options which would keep the scheme open. We urge BMW to stop its pension robbery which could see UK workers lose tens of thousands of pounds in retirement income and negotiate a settlement which is good for the business and good for the workforce.”

Following the impasse of the negotiations on finding a meaningful resolution to the ongoing pension dispute, workers from the concerned car-making plants are to be balloted for industrial action over the issue until 31 March. Ahead of the closure of the vote, IndustriAll European Trade Union supports the initiative of its affiliated member and the British workers to demonstrate and have their say to senior executives, Hubert Schurkus and Erich Thanner. Stop the pension robbery!