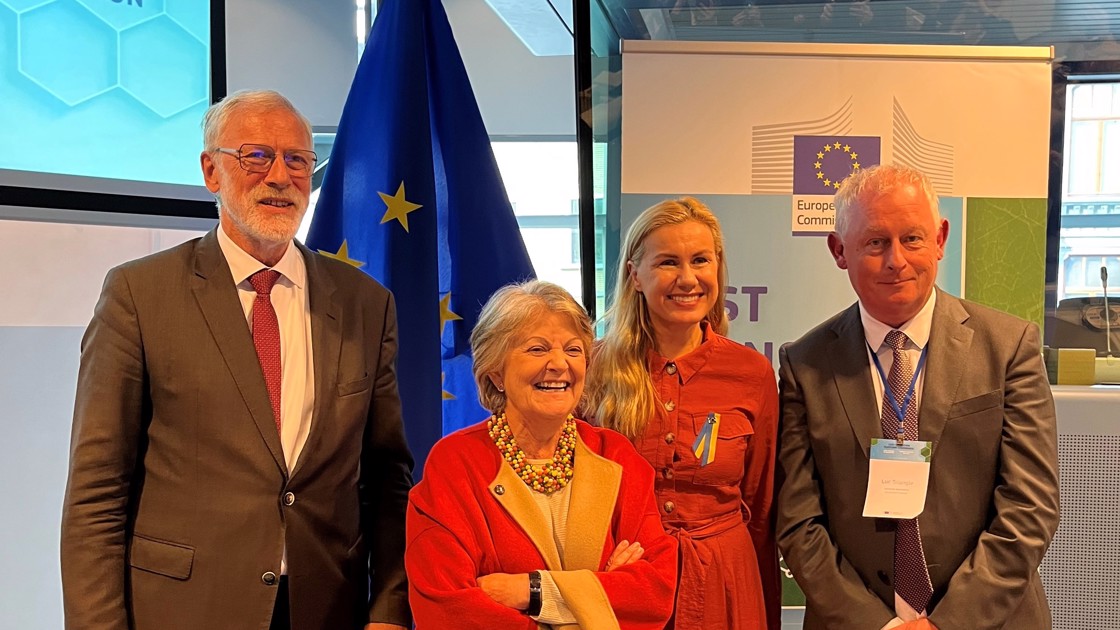 The current crisis puts our Just Transition ambitions to the test. Yet, we cannot afford to ease efforts to tackle the climate emergency and we must ensure that the green transition is fair for workers.

On 24-26 October, the European Commission convened the 6th EU Just Transition Platform Conference. The Platform – which also integrates the Coal Regions in Transition Initiative – was set up in summer 2020 as a response to the establishment of the Just Transition Mechanism and Just Transition Fund. It accompanies coal- and carbon-intensive regions across Europe in programming their Territorial Just Transition Plans aimed at alleviating the socio-economic impacts of decarbonising.

The high-level conference was attended by national, regional and local authorities, trade unions and industry, NGOs, CSOs and think tanks. Opened by the European Commissioners Elisa Ferreira (Cohesion and Reforms) and Kadri Simson (Energy), it took place at an important stage in the process of Just Transition planning. EU Member States and regions submitted their territorial plans to the European Commission by the end of summer 2022. 19 territorial plans from 9 Member States have already been adopted. A total of 70 plans are expected. All plans should be adopted by the end of this year.

The implementation of the Just Transition Fund takes place against the backdrop of an energy and cost-of-living crisis that has put governments, industry and workers under fierce pressure. We are seeing production stops, plant closures and workers being laid off. To power their economy, some countries have decided to increase coal-fired power and are rehiring workers. Despite an uncertain situation, with some even questioning the chosen transition pathways, none of the Member States have backtracked on their predefined coal phase-out targets.

Tackling skills needs and lifelong learning, which are key trade union demands to secure a Just Transition, were the subject of a panel co-organised by industriAll Europe. Panellists stressed the importance of social partner involvement in managing skills needs. An agreement was reached between unions and management in the Italian electricity and gas producer ENEL, for example, to requalify thermal power workers to work on electricity grids. This allowed the workers to stay in the same region. Another example was the reorientation of Danish shipyard workers towards renewable energy, an initiative that was jointly managed by the social partners.

Unfortunately, not all good examples of strong social partner commitment translate into success stories. At the Polish electricity company ZE PAK, the largest employer in the Konin region, management and trade unions have jointly developed a programme to support lignite workers affected by the phasing out of coal. Workers are already being made redundant but cannot benefit from Just Transition funds as the Polish Territorial Just Transition Plans have not yet been agreed.

“The current crisis puts our Just Transition ambitions to the test. Yet, we cannot afford to ease efforts to tackle the climate emergency and we must ensure that the green transition is fair for workers. Otherwise, we are truly heading for a triple crisis: social, industrial and ecological. We need a much stronger Just Transition framework that provides the confidence and support that workers need on the road to net zero! Social dialogue and collective bargaining are instrumental in this context. A Just Transition will not be achieved without workers at the negotiating table!”

Commenting on the example of ZE PAK, he added:

“It is very important to support strong social partner initiatives such as the agreement for lignite workers negotiated at ZE PAK in Poland. The necessary funding to implement the agreement must be released urgently to keep confidence in the transition plans and create new quality jobs!”