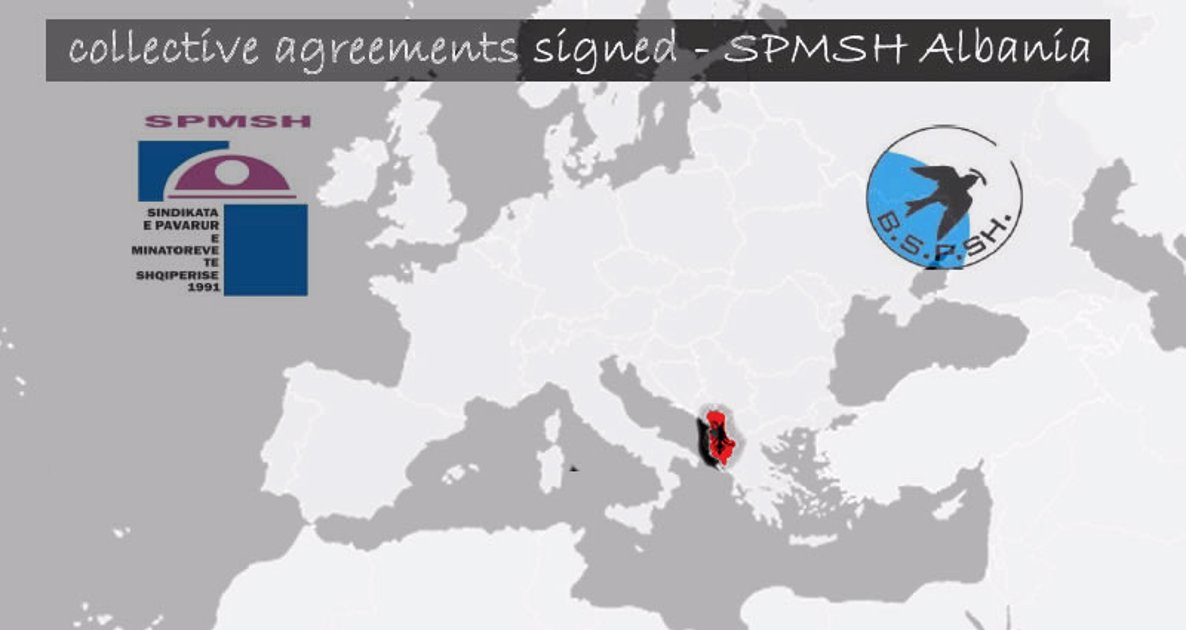 After three months of negotiations, the Independent Trade Union of Miners (SPMSH) in Albania has signed two company agreements in the cement sector. The agreements apply to some 700 employees in the sector, according to the President of SPMSH, Mrs. Gezim Kalaja. The companies in question are cement factories in Fushe Kruja and Elbasan. Job security from January 2017 until January 2019 was agreed upon, in addition to a wage increase of 5%, giving a boost to the purchasing power of the workers concerned. Furthermore, protection of freedom of association was secured. IndustriAll European Trade Union welcomes these great achievements, especially in times of crisis.

Albanian GDP is growing at a slow pace and so is consumption. Investments dropped by 14% between 2012 and 2014. The unemployment rate, which stood at 17.7% in 2015, is among the highest in Europe. Against this backdrop, SPMSH has fought a hard struggle to safeguard jobs and promote decent working conditions in the mines. Union members have taken part in protests on several occasions in order to raise awareness of their situation.

IndustriAll Europe congratulates SPMSH on the outcome of their recent collective bargaining. General Secretary, Luc Triangle praises the solidarity and spirit of their efforts and wishes them further success in the future.