Time for responsible business conduct? Not yet, according to the European Commission 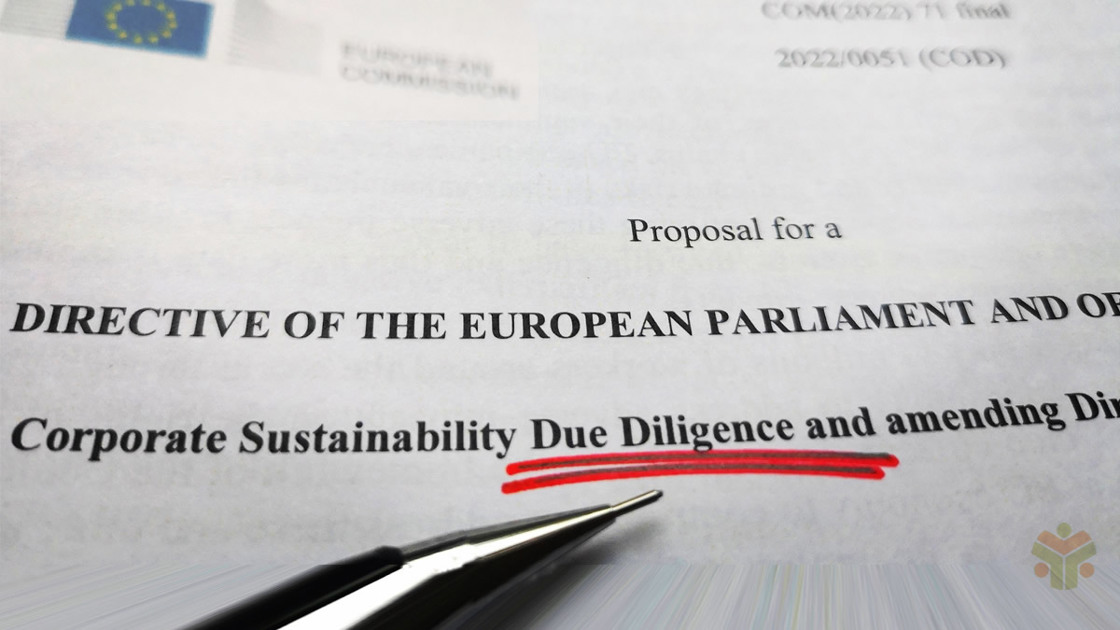 Following months of delay, silence and confusion, the European Commission has eventually released its proposal for a Directive making companies accountable for the lack of prevention and the breach of workers’ rights, human rights and environmental standards all along their supply chain. IndustriAll Europe welcomes the initiative, but urges for solutions to the massive and unacceptable loopholes. IndustriAll Europe also insists on the urgent need for the EU to complete its action with a genuine reform of multinational companies’ corporate governance and a clear ban on products made from forced labour.

Corporate due diligence has been a highly sensitive topic in Europe over recent years. IndustriAll Europe, together with European trade unions, the civil society and major corporations, have relentlessly called for mandatory EU rules imposing responsible business conduct across the supply chain. Regrettably, resistance to such a hard-law approach came strongly from the industry lobbyists and even the EU regulatory scrutiny board itself.

As a consequence, the outcome published few days ago reflects a compromise position: the long awaited European Commission proposal for a Directive on Corporate Sustainability Due Diligence is a ground-breaking step in the right direction, though in a much more diluted form and content than what workers across the globe were expecting.

“We’re finally here: the time for voluntary measures, soft law and ‘comply or explain’ principle is over. We welcome the EU binding rules on due diligence in a proposal which includes grievance mechanisms, sanctions and provisions for some degree of civil liability.

“The commitment to combating climate change is gradually becoming a bit more concrete, with a clear obligation for large companies to adopt a Just Transition plan in line with the Paris Agreement, though the social dimension of such a plan is missing.

“It still remains a major leap forward in progressing towards genuine responsible business conduct all over the globe. But this is only one step. The devil lies in the details, and the current proposal will fail to achieve its goal if it is not substantially improved.”

Contrary to what was feared, the Commission’s proposal does not limit the due diligence obligation to a company and its tier one suppliers only. It also covers direct and indirect business relationships established both upstream (e.g. at the stage of raw material sourcing) and downstream of the value chain (e.g. at the end of the life of the product, and waste disposal). Moreover, the obligation to identify, prevent, mitigate and bring to an end potential and actual human rights and environmental impacts applies to both EU and non-EU companies with operations in the single market.

Almost 17,000 companies could be targeted by the new obligations. Although better than the current coverage of the due diligence laws in France (an estimated +250 companies) or Germany (an estimated 4,800 companies by 2024), the scope remains far too limited, as it would apply to (extra) large companies only, which account for less than 0.2% of EU companies.

“The Commission’s proposal is missing the target by excluding SMEs. In all of the EU economy, and certainly in the ‘high-impact sectors’ spotted by the Commission, such as the garment industry, micro and small companies account for 99% of legal entities.

“It is exactly in those small entities where workers’ rights are weaker that the likelihood of an adverse impact is higher! Not only should SMEs be back in the scope of the Directive, but the softened approach should be lifted for the middle-size companies (between 250 and 500 employees) in the garment, basic metals and extraction sectors - which should only account for “severe” impacts.”

In addressing ‘high-impact sectors’, the European Commission acknowledges the sector specificities of due diligence. The textile-clothing-leather-footwear (TCLF) sector, for instance, is unfortunately infamous for its huge power imbalance between buyers and suppliers, which leads to unfair purchasing practices and can result in low wages, excessive forced overtime, unauthorised subcontracting, and poor working conditions.

With the green and digital transitions driving the demand for mineral raw materials and base metals up, extractive industries are on the rise worldwide, but too often remain subject to human rights and environmental issues. IndustriAll Europe has long been calling for mandatory rules, such as an EU Directive on unfair trading practices for the TCLF sector, similar to what exists in the agri-food supply chain, and for the need to depart from voluntary actions in extractive industries, such as the 2021 EU principles for sustainable raw material. IndustriAll Europe, however, recalls that all sectors deserve special attention and therefore calls for the re-introduction of the idea of sectoral due diligence action plans, something that was initially promoted by the European Parliament.

The scope of the draft Directive is not the only point of concern. Another target that will be missed, should the proposal remain unchanged, is the attempt to harmonise rules to counteract discrepancies coming from the increasing number of individual due diligence laws being adopted or discussed in several countries. The current proposal leaves too much leeway for Member States to decide on the implementation, monitoring and enforcement rules. The burden of proof, for instance, should not be left to interpretation, but must remain with the company. Also, clear financial, procedural and administrative sanctions should be introduced in the body of the future Directive.

Another concern is the leeway left to companies to decide on their own about their code of conducts and due diligence strategy. Because workers are not just one stakeholder out of many, a dedicated dialogue with trade unions and their representatives must take place at company level on the design, implementation and reporting of due diligence plans. The Commission’s proposal remains too weak when it comes to opening corporate governance structures to workers and improving their rights to information, consultation and participation.

“We still miss a EU legal framework that would empower stakeholders - starting with trade unions and worker representatives - to participate in the design of due diligence, sustainable and Just Transition policies at company level. Citizens can no longer tolerate companies operating like black-boxes.

“The coming months will be crucial for the European Parliament and the Council to improve the draft Directive and IndustriAll Europe will contribute to the legislative debate.”

IndustriAll Europe will be closely monitoring EU debates promoting decent work worldwide and urges for the adoption of an EU ban on products made from forced labour, as announced last week by the European Commission.