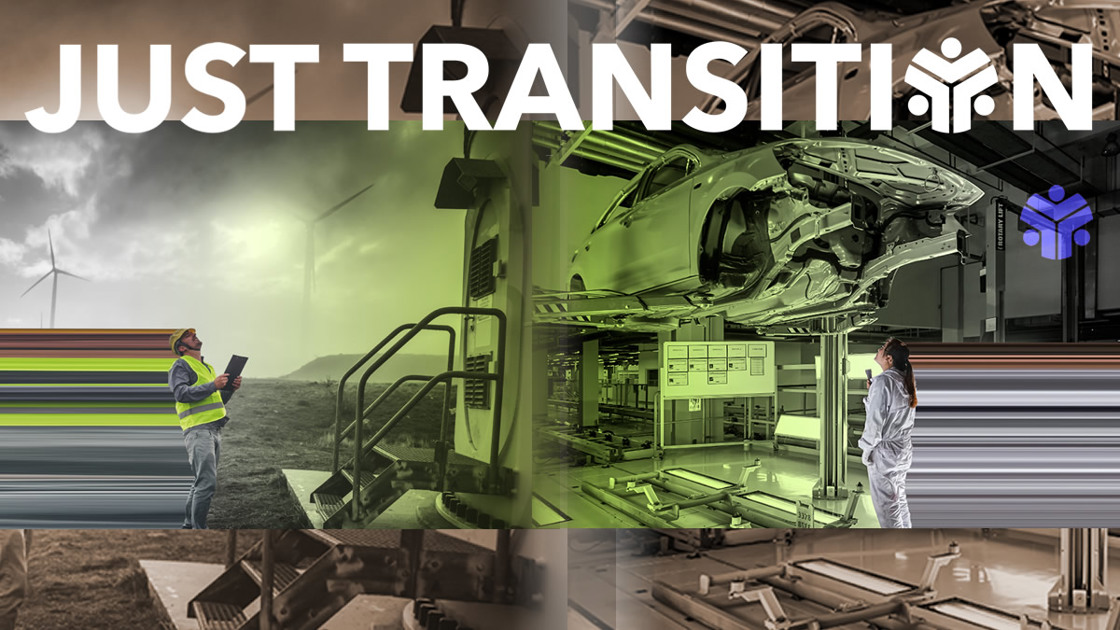 Following the publication of its Fit for 55 Package, with major revisions and new initiatives in the field of climate and environment, the European Commission has presented a Council Recommendation addressing the social dimension of the green transition.

without effective legislation we do not expect the Recommendation to deliver

Industriall Europe deplores that after two years of intense dialogue with the European Commission, Just Transition is the weaker partner to climate ambition that is lacking clear enforceable legislation to promote social and territorial cohesion in Europe.

The Council Recommendation, published on 14 December, comes five months to the day after the publication of the Fit for 55 Package, and can be considered as an attempt by the Commission to soften the European trade union movement’s criticism that climate ambition is not matched with equal ambition on the social dimension.

The European Council offers a set of recommendations on how to address the challenges for labour markets and distributional impacts through comprehensive policy packages that Member States are invited to integrate in their updated National Energy and Climate Plans. These plans need to be drafted in the context of the Regulation on the Governance of the Energy Union.

The Council Recommendation tasks the European Commission with the monitoring of the socio-economic outcomes and impacts within the European Semester process and proposal of targeted country-specific recommendations.


“The Council Recommendation on ensuring a fair transition towards climate neutrality is just another soft law initiative, without any strengthening of the existing bits and pieces of EU legislation and programmes making up the Commission’s Just Transition Agenda. It summarises good and necessary recommendations on how to ensure a Just Transition for workers and vulnerable citizens and communities, but without effective legislation we do not expect the Recommendation to deliver, especially in the regions and countries that are our greatest concern”, commented Deputy General Secretary, Judith Kirton-Darling, responsible for Industrial Policy, the Green Deal and Just Transition.

“The Commission repeats its estimates that “With the right accompanying polices in place, the green transition could in aggregate create around 1 million additional quality jobs in the EU by 2030 and 2 million by 2050”, but it lacks a granular mapping of where these jobs will be created, what skills will be needed and whether the quality of these jobs will be compensating the loss of high quality jobs in the most impacted regions and sectors.”

IndustriAll Europe supports the EU’s 2050 Climate Neutrality target and the need for an intermediate 2030 target that gets us there, but it has been arguing that getting there will be impossible without strong legislation on the anticipation of change that provides comprehensive rights for workers, trade union participation and reinforced industrial relations and collective bargaining systems across Europe.

Isabelle Barthès, Deputy General Secretary of industriAll Europe, added “We deplore that the European Green Deal has not more to offer by way of reversing the trend towards decentralised collective bargaining systems. Only through strong and effective collective bargaining systems, covering entire sectors and supply chains, can we ensure that the job-to-job transition will result in quality jobs in all sectors and across the EU.

“The draft Minimum Wage Directive could be a game-changer if it delivers strong provisions on the need for national action plans promoting collective bargaining. However, we are experiencing a different trend at the moment.”


Unfortunately, this week’s Council Recommendation does not deliver. IndustriAll Europe and its 7 million members will continue rallying in Europe’s streets and manufacturing sites, insisting that a Just Transition needs rights, and not well-intended, non-enforceable legislation.