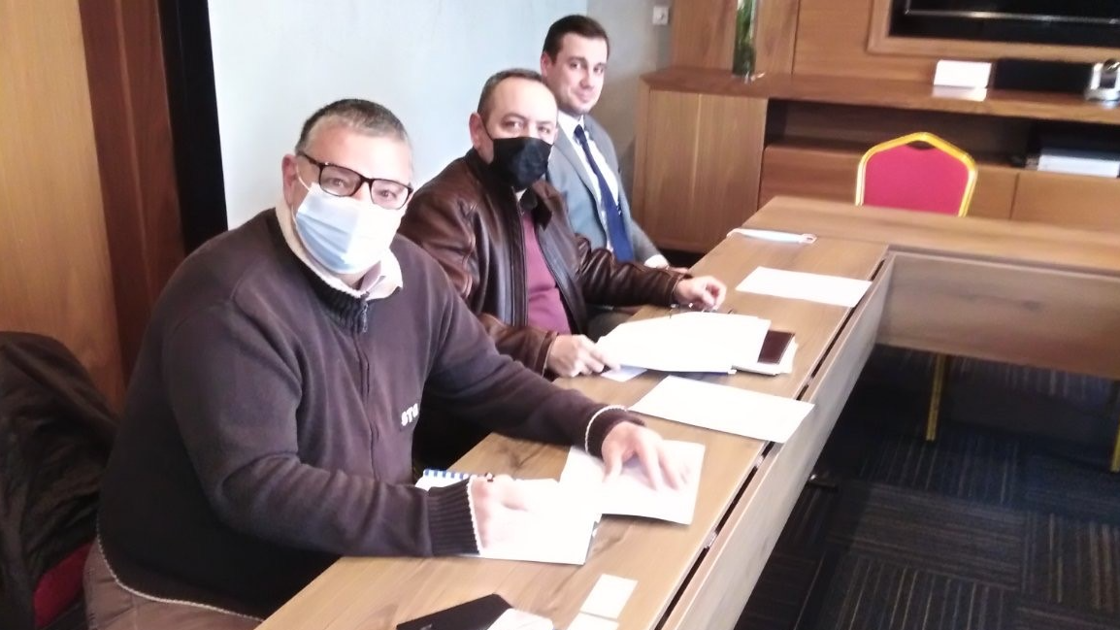 After a long dispute, one of the largest automotive suppliers has returned to negotiating with the IndustriALL Serbian affiliate, Industrijski Sindikat Srbije (ISS).

The dispute started a year ago at the Magna Seating plant in Odžaci, Serbia, when the company fired local union president Dalibor. Antanasijević had been instrumental in organizing the factory and establishing the local union.

Magna is a Canada-headquartered multinational, that among many other products supplies seats to the auto industry. In an attempt to resolve the dispute in Serbia, Austrian affiliate PRO-GE and the Magna European Works Council intervened with the company’s management.

When the company refused to reinstate Antanasijević, a team made up of the European Works Council, PRO-GE, and IndustriALL Global and Europe joined ISS to drive the negotiations forward. The company felt that the relationship of trust between employer and employee had irrevocably broken down, and refused to reinstate Antanasijević. In a compromise, the ISS agreed to employ him as a union organizer, and shifted the campaign to a decent severance package for him, an end to union busting, the reestablishment of bargaining with the company and the signing of a fair collective agreement.

An agreement was reached and signed on 18 March 2021. The agreement includes a severance package for Antanasijević, an agreement of cooperation between the management MAGNA-Seating Odzaci and the trade union ISS and a commitment to return to collective bargaining with the union. The union will get its infrastructure back, including office space, equipment, admin support and check off for union dues. Collective bargaining, which was interrupted in December 2019, will resume.

Both parties agreed to end all legal procedures against each other and Magna reaffirmed its commitment to respecting Serbian labour law and the fundamental workers’ rights spelled out in the ILO core conventions. The agreement was co-signed by IndustriALL Global and Europe, PRO-GE and the Works Council.

Antanasijević thanked the international labour movement for its support, saying “unions are the only ones sincerely fighting for workers' rights”.

“This was a complicated negotiation with a difficult starting situation. We achieved a result through consistent team work over a year. Magna is not known for agreements like this, and so we see this as a breakthrough. It is unfortunate that we weren’t able to get brother Dalibor’s job back, but we are sitting around the table with the company, and this gives us hope for the future.

“We trust that local management honours the agreement, and we will be watching the situation closely.”

“It was only possible to reach this agreement because of the strong union at plant level, which is well embedded in the European and global labour movement. It demonstrates that strong unions are capable of regaining and retaining bargaining power. We are satisfied that Magna Seating Europe has returned to the path of social dialogue.”

Thomas Stoimaier, Vice-Chairman of the European Works Council of MAGNA: "Respect for the rights of the workforce and trade unions is particularly important to us, the European Works Council, and must apply to the whole of Magna. For this reason, the focus has always been on the creation of an agreement governing cooperation between trade unions, employees and management at the Serbian plant. In the end, this has been achieved. Now it is time to implement what has been written.”