Industrial workers call for an end to repression in Belarus 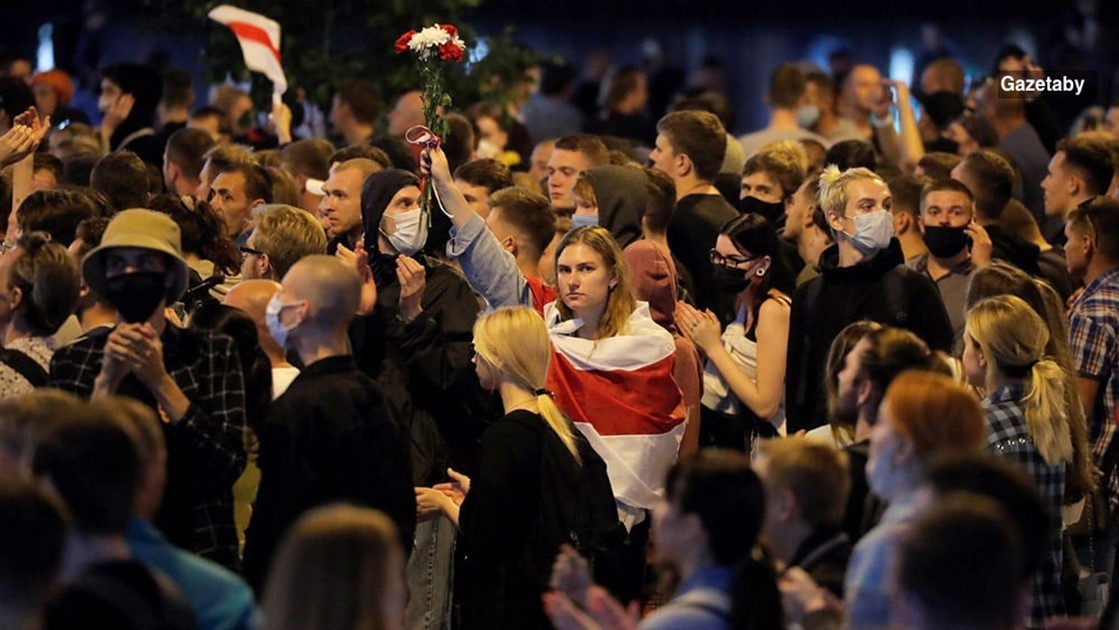 Industrial workers represented in IndustriALL Global Union and industriAll European Trade Union have jointly expressed their outrage, anger and protest at the disproportionate violence, persecution and arrests directed at Belorussian people peacefully protesting the results of the presidential elections on August 9.

Both industriAll Europe and IndustriALL Global Union urge the Belorussian Government to immediately halt the violence, persecution and arrests, and release all imprisoned union leaders, activists, and civil society representatives.

IndustriALL Global Union and industriAll European Trade Union jointly express their outrage, anger and protest at the disproportionate violence, persecution and arrests directed at people peacefully protesting the results of the presidential elections on August 9.

Independent observers report serious fraud, manipulation and irregularities before, during and after the elections. Lukashenko’s authoritarian regime responded by cutting internet access for several days, and arresting protestors and independent journalists.

Reportedly, at least one person was killed and many were hospitalised with severe injuries during three days of protests in Minsk and other cities in Belarus.

According to reports, many people were detained and severely beaten, including union leaders who peacefully participated in the elections as independent observers. The former president of the Independent Trade Union of Belarus (BNP) Nikalai Zimin, together with at least three other activists, were arrested. Zimin was sentenced to 25 days of detention while attending peaceful protests in the city of Soligorsk. His colleague Maxim Sereda was sentenced to 12 days. Jan Roman, a journalist and activist of the Free Metal Workers’ Union (SPM), was brutally beaten and detained at the police station, after going to enquire about the fate of colleagues who had been arrested earlier.

During more than a quarter century of anti-democratic authoritarian rule, the international union movement has witnessed repressive rule and economic downturn accompanied by the disappearances of political opponents, and the repression of independent trade unions and their leaders. Most recently, the regime’s inability to manage COVID-19 lead to a further crisis of legitimacy, culminating in fraudulent results being announced after the recent elections. Lukashenko was declared the winner despite evidence that the choice of the majority was the complete opposite. This was the last straw, triggering protests throughout Belarus to demand a re-run of the elections.

From the perspective of the global union movement, Belarus has a reputation for the continuous systemic violation of freedom of association and fundamental workers’ rights. This included the introduction of compulsory fixed-term contracts with the aim of intimidating workers, the denial of basic freedoms and the suppression of independent and free civil society institutions and trade unions.

IndustriALL Global Union and industriAll European Trade Union jointly express their solidarity and sympathy with the people, civil society and trade unions of Belarus. Both organizations stand for the universal principles of democracy, including freedom of association, freedom of speech and freedom of access to information as the fundamental prerequisites of a democratic society. The use of extreme measures such as stun grenades, tear-gas, rubber bullets and other military equipment against peaceful protests is unacceptable and will only lead to an escalation of the situation in the country.

Therefore, both our organisations urge the Belorussian Government to immediately halt the violence, persecution and arrests, and release all imprisoned union leaders, activists, and civil society representatives.

The Belorussian Government must enter into constructive dialogue with representatives of civil society and carry out accurate and transparent elections with free access for independent observers and journalists.

IndustriALL Global Union and industriAll European Trade Union jointly call on the international community, particularly the European Union, to use all necessary means to stop the anti-democratic and violent acts of the Belorussian Government, and to review the current political and economic relationship with Belarus.