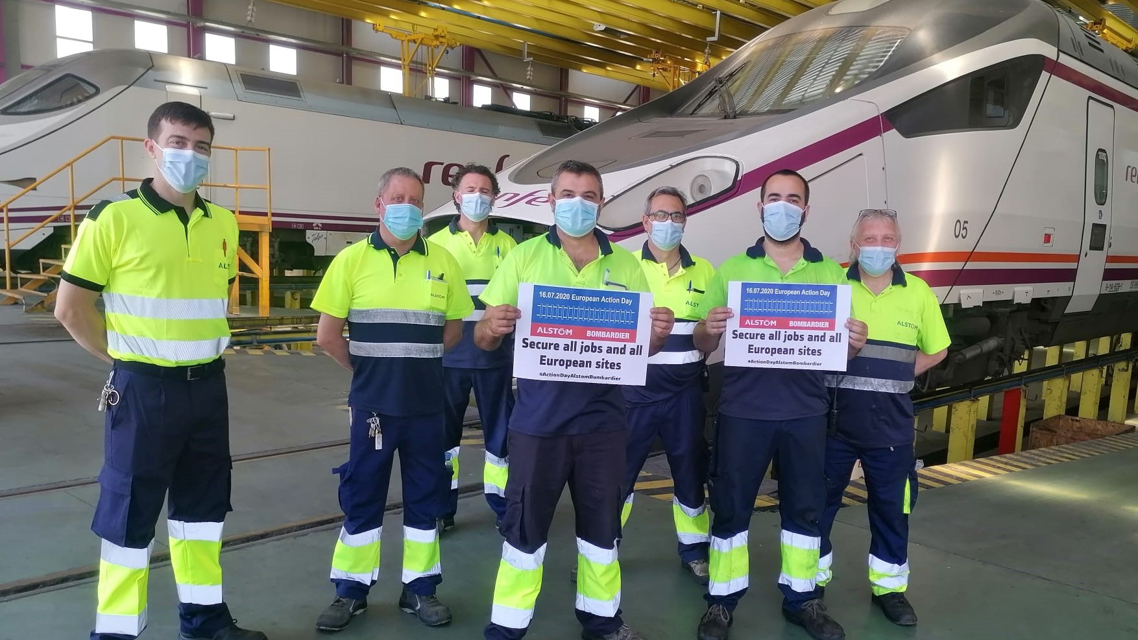 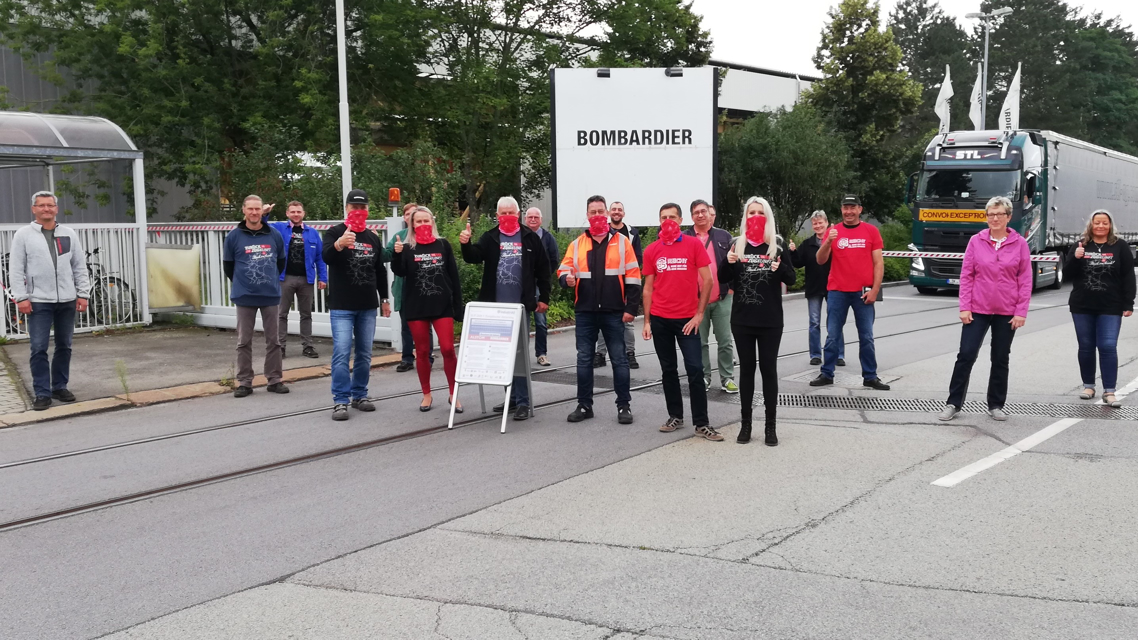 Coordinated actions taking place all over Europe today, as Alstom and Bombardier Transportation workers call for full transparency and guarantees for all jobs and sites in Europe.

We are taking actions today to show our determination to make sure that Alstom’s strategy does not put jobs and sites in jeopardy.

Facing an uncertain future, five months after Alstom announced its planned takeover of Bombardier transportation, workers and their trade unions at more than twenty sites across Europe carried out an unprecedented European Action Day today. Decentralised actions were organised in Belgium, the Czech Republic, France, Germany, Italy, Poland, Sweden and the United Kingdom. The actions were carried out in line with COVID-19 restrictions and included work stoppages, manifestations, worker assemblies, press meetings, meetings of worker representatives, and distributions of flyers.

The level of uncertainty regarding the long-term industrial plan underpinning the takeover and the likely consequences on jobs remain unacceptably high to Alstom and Bombardier workers. Trade unions across Europe therefore joined forces under the umbrella of industriAll Europe and urge the management of Alstom and Bombardier to:

The high-level of mobilisation sent a strong signal to both Alstom and Bombardier managements to swiftly deliver concrete answers to the thousands of workers and their families affected by the planned takeover.

Concerns skyrocketed last week when Alstom suggested selling plants in France (Reichshoffen) and Germany (Hennigsdorf) as well as part of Bombardier’s high speed train activity in Italy (Vado Ligure) to ease the European Commission’s concerns on the impact of the planned takeover on market competition.

“We cannot accept that so many uncertainties remain five months after Alstom announced its intention to take over Bombardier transportation. And this, despite the numerous calls for answers from trade union representatives in both companies. We are taking actions today to show our determination to make sure that Alstom’s strategy does not put jobs and sites in jeopardy”, said Luc Triangle, industriAll Europe General Secretary.

"The European rail manufacturing industry is a strategic part of Europe’s economy and delivers solutions to many of the major challenges our society is facing, such as mobility, climate change, energy efficiency, demographic change and urbanisation. EU policy makers therefore bear responsibility too. It is high time for them to deliver a robust industrial policy which supports the competitiveness and long-term development perspectives of the railway supply industry in Europe”.