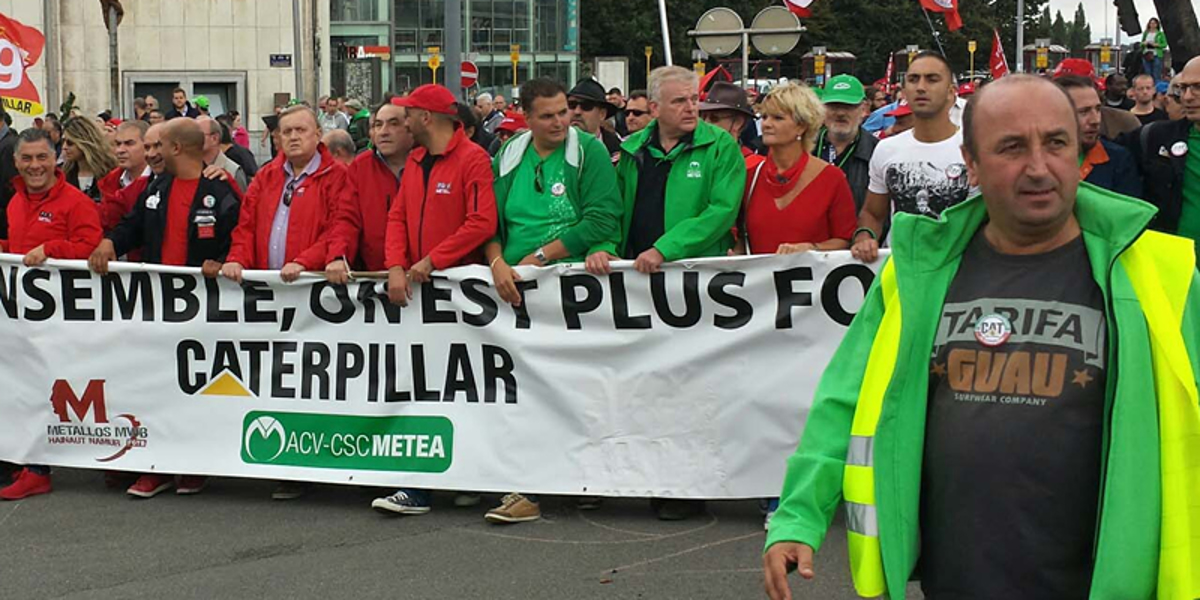 Today, 10,000 people have responded to the Belgian trade unions’ call to protest against the plans to close the Caterpillar site in Gosselies (see our press release dated 6 September). IndustriAll Europe is also present, together with its affiliates, and once more expresses its wholehearted support for the struggle of the thousands of workers at Caterpillar, as well as the subcontractors, suppliers and their families.

No future without industry. No industrial policy without a strong social dimension

The jobs of more than 6,000 workers - employed both directly and indirectly - are at stake, in a region which, like so many others in Europe, is in desperate need of an ambitious (re-) industrialisation strategy. During its Congress last June, industriAll Europe put forward a clear message: "No future without industry. No industrial policy without a strong social dimension". The de-industrialisation of Europe must be stopped. The share of industry in GDP must be brought back up to 20% through the implementation of coherent and pan-European investment and industrial policies - something which MEPs are also calling for.

Indeed, Caterpillar's restructuring plans extend beyond Belgian borders since the multinational is also considering the reorganisation of production in other countries including France. Furthermore, plans to close the plant in Monkstown, N. Ireland (250 direct jobs affected) are also on the table. What is emerging is that this is an industrial, economic and social disaster of European proportions.

European trade union solidarity is therefore being organised in response. This is particularly the case in France where yesterday, for instance, a CGT delegation from the Caterpillar site in Grenoble held a demonstration in support of the Belgian trade unions and workers. This is just the beginning and industriAll Europe will do everything within its powers to support its affiliates in developing a strong, collective response against these plans and in putting forward alternatives which promote sustainable and socially-responsible economic development. A European trade union coordination meeting will be held, under the auspices of industriAll Europe, on Monday 26 September in Brussels.