Brexit: the fight continues to protect jobs, rights and a social Europe for all 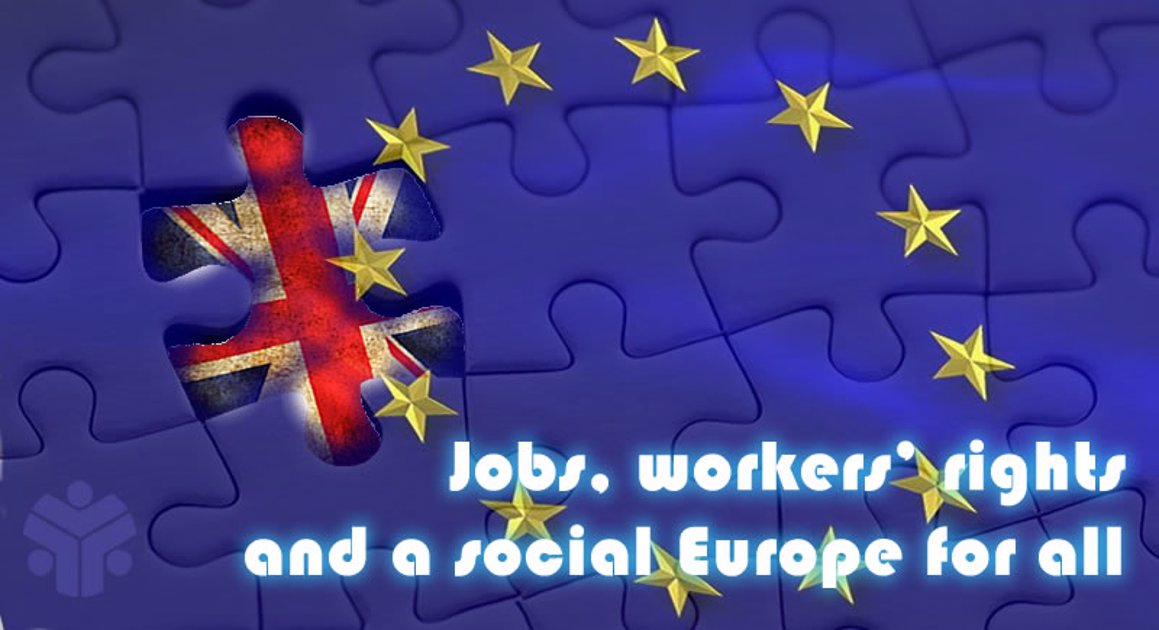 IndustriAll Europe stands by British workers and demands a future agreement that puts workers, on both sides of the Channel, first.

The UK leaves the EU today. This is a sad day for us and for Europe. However, trade unions insist that the fight to protect jobs and workers’ rights, both in the UK and in the EU-27, is far from over.

The final Withdrawal Agreement does not include the previous text on ensuring a level playing field, and trade unions are very concerned that the section on maintaining current social and employment standards has been moved to the non-binding political statement.

“Whichever way workers voted in 2016, they did not vote to lose their jobs or to have their rights at work diminished. Today isn’t the end of Brexit, it is only the beginning. With the new Withdrawal Agreement no longer mentioning the level playing field, it is more important than ever that any future agreement between the EU-27 and the UK puts workers first.

‘’IndustriAll Europe will not accept any divergence in workers’ rights and we completely oppose the use of treating workers as bargaining chips. We will continue to demand that the EU-27 and the UK work together to find the best deal for our members.’’