Just Transition Mechanism: off to a good start but our expectations are high 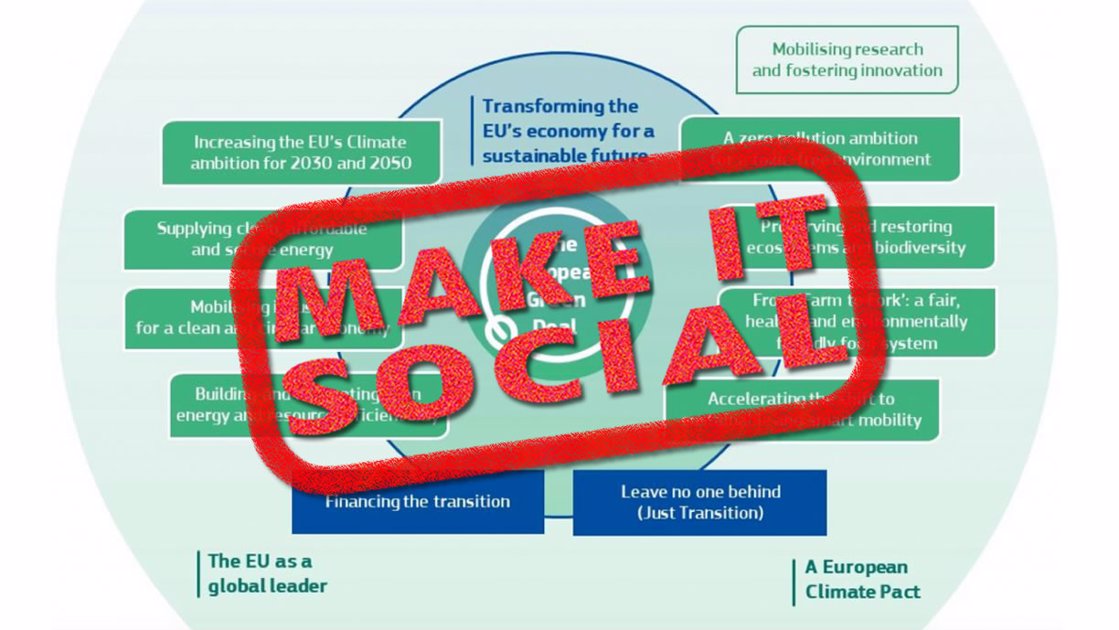 The following press release was published today by industriAll Europe.

Today, the European Commission has published a proposal for a Just Transition Mechanism as the first deliverable of the European Green Deal. “The creation of the Just Transition Mechanism is a positive signal. From a workers’ perspective it is clear though that success will depend on its ability to maintain and create industrial integrated value chains and keep quality employment in all EU regions” warned Luc Triangle, General Secretary of industriAll Europe. “The Just Transition Mechanism must therefore be part of a holistic EU strategy to decarbonise our industrial sectors and boost Europe’s industrial base through innovation and investment.” This is crucial for the circa 11 million workers from sectors most exposed to the adverse impacts of decarbonization such as coal mining, coal-based energy production, energy-intensive industries or automotive.

“Starting the announced series of climate-related proposals with the Just Transition instrument is a sign of willingness of the new Commission to flank climate policies with social measures” said Luc Triangle. “The fate of industry workers is no longer a blind spot in EU climate policies, and this is a very good signal. It will now be important to ensure that workers are fully involved in the governance of the mechanism and are given a say at every stage” stresses Luc Triangle. “It is key to us that trade unions are involved in the development of the territorial just transition plans that have to ensure that the money is indeed used to alleviate the social consequences of the transition and to support investments in low-carbon value chains”.

The Just Transition Mechanism (JTM) will support the hundreds of regions depending on fossil fuels, their workers and communities on the road towards a climate neutral economy. It will notably be made of a Just Transition Fund that will make EUR 7.5 billion available for the next EU budgetary period (2021-2027). Together with contributions from Invest Europe and the European Investment Bank, the JTM aims at mobilising up to EUR 100 billion. “Having a dedicated source of funding to support regions impacted by decarbonisation is a positive development but the amount available from the EU budget is much too small to trigger the transformative changes that those regions need to become climate neutral without becoming economic deserts at the same time” stressed Luc Triangle.

“To be successful, the JTM must be enshrined in a much broader investment strategy that channels billions of Euro in all regions that struggle with structural challenges” stated Luc Triangle. Having a Sustainable Europe Investment Plan published on the same day as the JTM confirms the EU’s willingness to give investment a prominent role within the Green Deal, but many question marks remain regarding the announced EUR 1 trillion of sustainable investment for the next decade.

“The EU must deliver a comprehensive investment strategy to decarbonise its economy, including its industrial sectors. At this stage, we mainly see limited amounts of EU money and optimistic theoretical assumptions about investor behavior whereas macro-economic governance will stay as it is, and the EU budget discussions are stranded on political games among Member States. Workers request certainty and clarity. With millions of jobs at stake, we cannot gamble” concluded Luc Triangle.