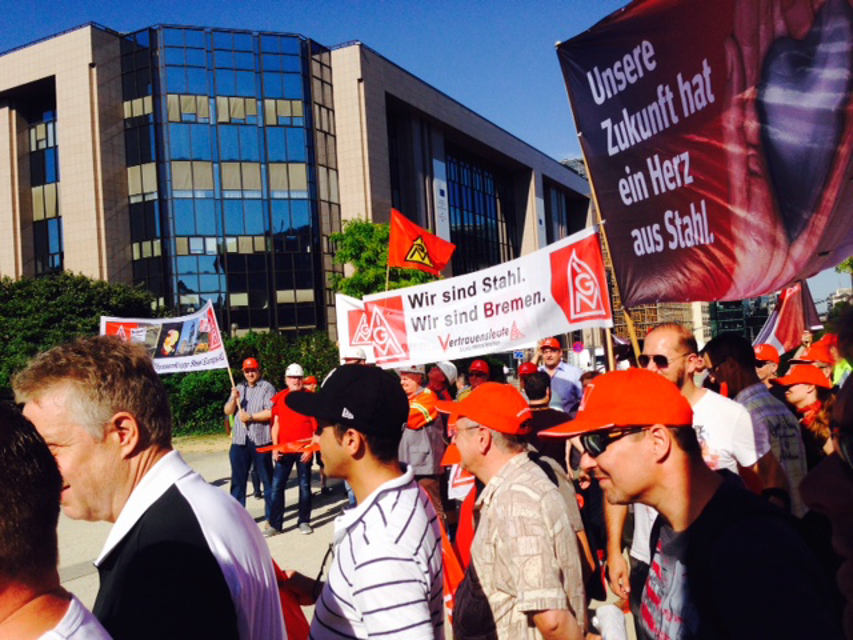 Underlining the demands laid out in an unanimously accepted motion entitled ‘Our Future rests on European Steel’ at the industriAll Europe Congress in Madrid last month, steelworkers from industriAll Europe’s German affiliate IG Metall, gathered today in front of the European Commission headquarters in Brussels calling for a future for steel in Europe. The demands put forward included safeguarding employment that had come under massive pressure during the last years, increased investments, modernisation and fair trade conditions with other producing countries, notably China.

Our Future rests on European Steel

European steelmakers are leaders regarding quality products and sustainable production. A European Union that is serious about bringing about a renaissance to industry and a transition towards a low-carbon economy cannot neglect the steel industry, as it provides the very basis of the foundation for these targets.

IndustriAll Europe echoes these calls and will continue to fight for preserving Europe's capacity of producing quality steel for the entire industrial value chain and maintain the employment that comes with it.

Photo album of the demonstration