European youth need something to vote for beyond precarious work 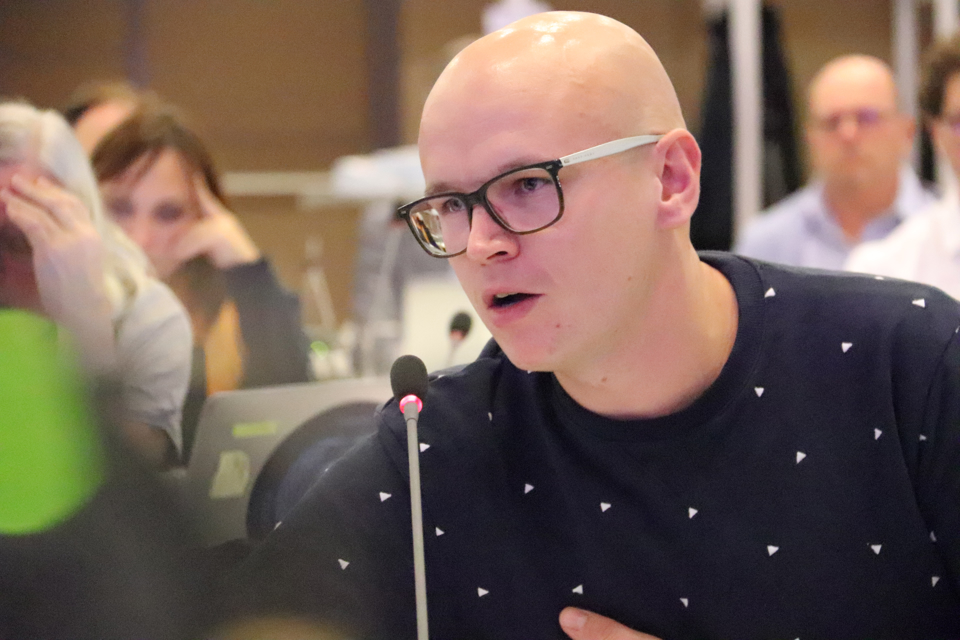 Precarious work isn’t a ‘millennial lifestyle choice’: it’s the inevitable result of the economic and employment policies which have been pursued across Europe for the past decade.

At first sight, it might appear that life for young people is becoming more comfortable. Advances in technology mean it’s easier to speak to friends, watch your favourite TV series or order a pizza.

It’s true that my generation certainly has more distractions than the last, but that’s all they are—distractions. They’re definitely not compensation for the fact that the basic things needed for a good life are becoming hard and harder to secure.

As we approach European Youth Week 2019, the truth is that my generation will be the first since the second world war and the birth of the European community to be worse off than the one that came before.

After graduating as a certified welder, I was lucky enough to find a secure job with a local company in my home town of Kortrijk in Belgium. Unfortunately, that’s not the case for many of the young workers I represent—as chair of industriAll Europe’s youth network—and millions more young people across the continent for whom the trade union movement is fighting.

Youth unemployment has naturally begun to fall since the peak of the financial crisis and the austerity measures that followed, but it’s a recovery built on precarious work. Eurostat figures show that a massive 44 per cent of workers aged between 19 and 24 have only a temporary contact, compared with 14 per cent among the population as a whole.

Rather than getting better, the number of young people with temporary contracts has gone up every year since 2014. And it’s not the case, as some suggest, that this is because young people prefer such ‘flexibility’.

In fact, the evidence shows that half of workers with a temporary contact want a more secure status but can’t get it. That’s not ‘flexibility’—it’s insecurity. And it has led to more young people facing in-work poverty today than a decade ago.

Precarious work isn’t a ‘millennial lifestyle choice’: it’s the inevitable result of the economic and employment policies which have been pursued across Europe for the past decade.

Nor is it only a problem affecting the handful of countries which bore the brunt of austerity. It’s Europe wide—even in Germany the proportion of young workers with temporary contracts is 53 per cent.

That’s why industriAll Europe youth is making quality and secure jobs, with decent wages in safe workplaces, our key demand during the European election campaign.

There were 3.3 million adults aged under 25 who were unemployed in February 2019, according to the EU. That’s fewer than the number of manufacturing jobs lost in European industry as a result of the financial crisis—4 million.

Simply replacing our lost capacity, which will be needed to meet the green and digital revolutions facing industry, could create millions of quality jobs for young people. That, of course, requires preparing people for those jobs through a good-quality and free education, as well as access to professional training throughout their careers.

That was a battle largely won by trade unions across the continent a century ago. But now it’s another basic part of Europe’s social contract being lost to precarious work in an ever more connected world.

It seems we shall have to fight again for the right to rest and recreation, to ensure that young workers can switch off when they finish their shift. Work should facilitate a good home life—not the other way around.

We welcome the vote in the European Parliament earlier this month in favour of new rights to paternity leave, carers’ leave and flexible working, as a start to restoring work-life balance. Clearly, though, the next commission and parliament need to be more ambitious, not least in ensuring that the five days of carers’ leave workers are entitled to is paid—without that, it’s a right that most young workers simply won’t be able to afford to use.

Fiddling at the edges of economic policies which have led to social dumping, set off Brexit and opened the door to the far right isn’t good enough. At the moment, desperate young people are pitted against each other by companies who use a fragmented Europe to shop for the best corporate tax rate and the lowest wages. We urgently need to create a Europe of solidarity which offers young people what their parents had—and better.

The manifesto of industriAll Europe youth is published in English, French and German.