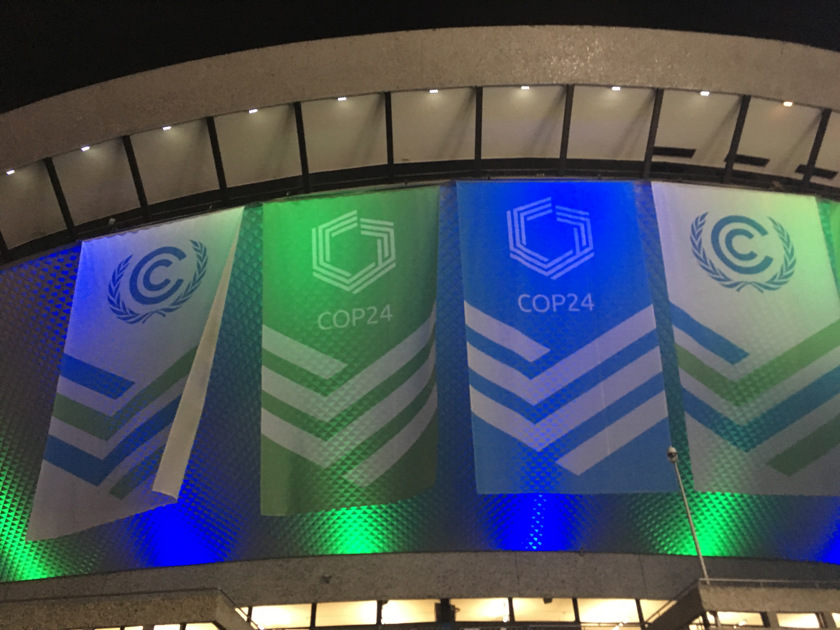 On 3 December 2018, during the first day of COP24, the Solidarity and Just Transition Silesia Declaration was adopted by Heads of States and Governments in Katowice. This marks a major achievement by the international trade union movement in its global fight for a just transition of workers while moving to a low-carbon and climate resilient economy.

The Just Transition for workers has been a demand from Trade Unions that originated in the North American Trade Union Movement of the 1980s calling for a just transition for those in daily contact with hazardous substances on the job and facing a transition due to environmental policies. The idea has since been extended to other sectors, with a special focus on the fossil-fuel extracting and energy sectors in most recent debates. IndustriAll European Trade Union underlines several industrial sectors will need a just transition for workers when moving to a net-zero carbon economy, including the energy intensive industries and the automotive sector. Moreover, the Just Transition should not only be considered in the context of the energy and climate transition, but also a broader context of ongoing megatrends, including decarbonisation, digitalisation and globalisation.

The concept of a just transition was first referred to in the final declaration of COP16 in Cancun stressing the importance of a “Just Transition which will create decent work, good quality jobs in the transition towards a low emission and climate-resilient society”. It finally found entrance to the preamble of the Paris Agreement adopted during COP21 in 2015. That same year the International Labour Organisation adopted guidelines for a just transition defining the major elements of the concept.

At the beginning of 2018 the ITUC, ETUC and industriAll European Trade Union gathered to discuss a draft ministerial declaration in which ministers for the environment and of labour would have committed to a just transition and the creation of decent work during the COP in Katowice, being determined to make COP24 the Just Transition COP. Lots of discussions have since taken place and we are glad that with the Solidarity and Just Transition Silesia Declaration the Polish COP presidency embraced our concerns and presented its own declaration signed by Heads of State and Governments.
As at 4 December 2018, the list of signatories to the Declaration includes 49 countries from the global North and the global South (see attached list).
Now that the Just Transition Declaration has been adopted, we cannot lean back and declare our battle won. Rather, our battle must rage on. Workers in the affected sectors and regions will only accept the transition, if just transition is translated into practice with concrete policies and actions aimed at developing new sustainable activities for affected workers in the affected regions with a focus on strong Social Dialogue mechanisms and trade union involvement.

The Just Transition must now integrate the operational part of the Paris Agreement, and the concept be finally implemented into practice. During COP24 the representatives of the international trade union movement are actively discussing the implementation of just transition with present parties. On 4 December we had the opportunity to exchange ideas with the First Minister of Scotland, Nicola Sturgeon, who presented the work of the Scottish Just Transition Commission. Other trade union representatives had the opportunity to take the floor and present agreements on just transition in countries like Canada and Spain. On 5 December we were addressing the demand to implement the concept into reality during the Presidency’s Open Dialogue between Parties and Non-Party Stakeholders at COP on the Just Transition. More dialogue and talks will take place during those 2 weeks of negotiations around the implementation of the Paris Agreement at COP24 in Katowice and rest assured that we will be there to defend a bright climate resilient future with high quality jobs for workers.