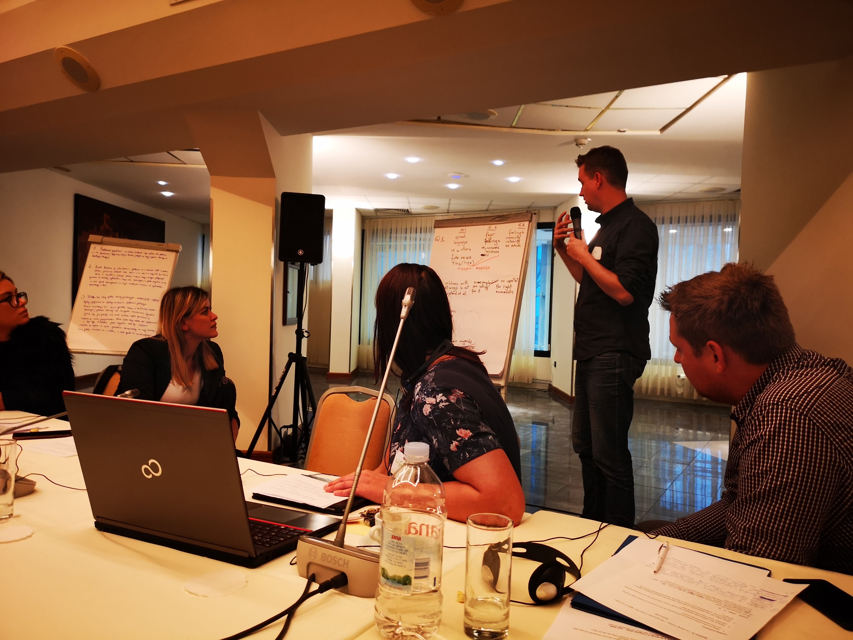 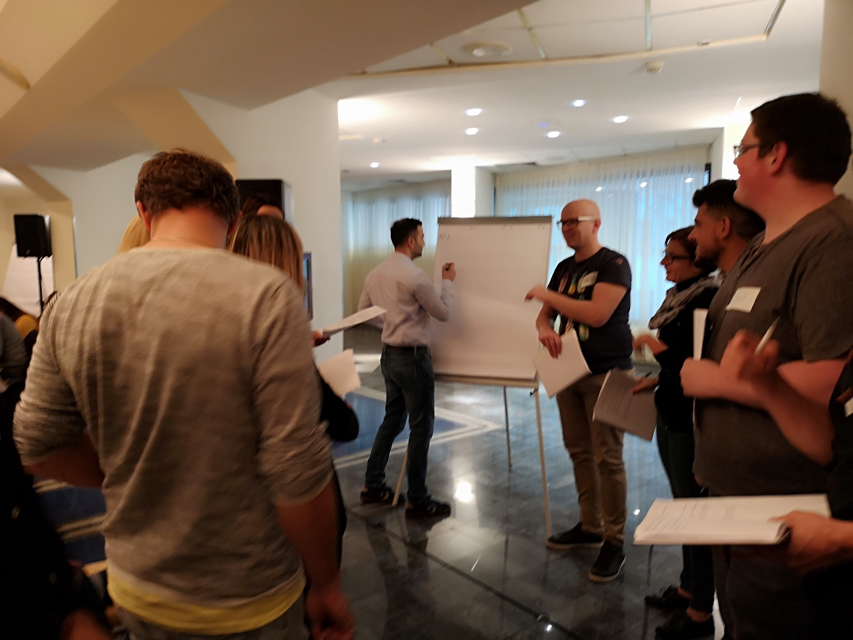 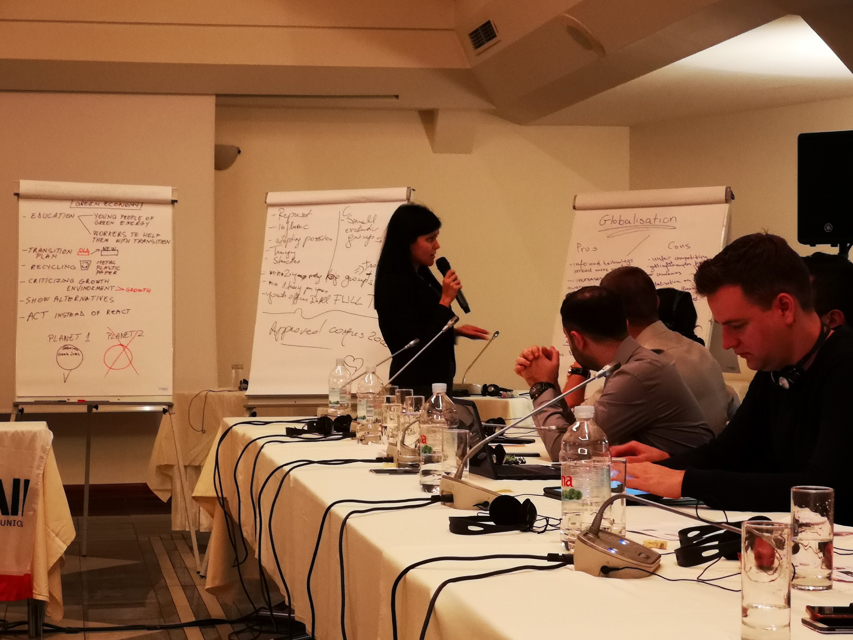 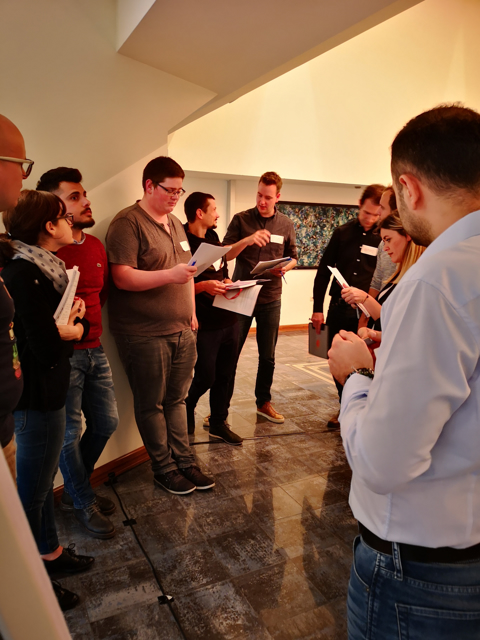 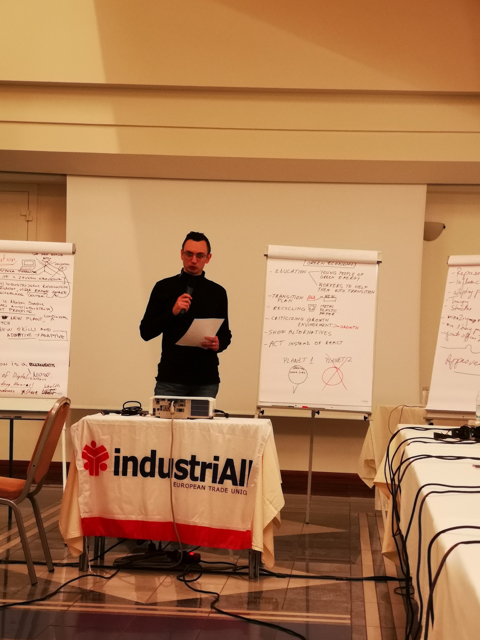 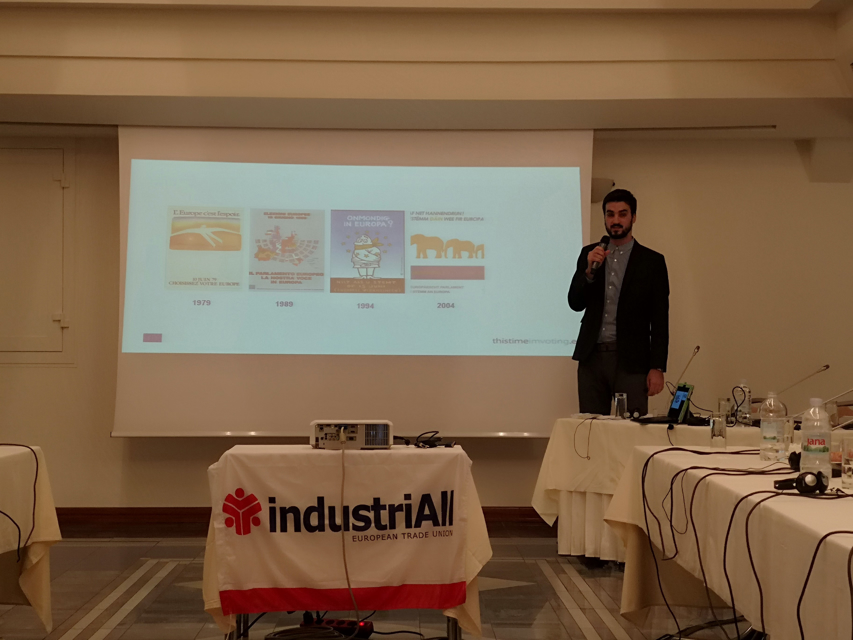 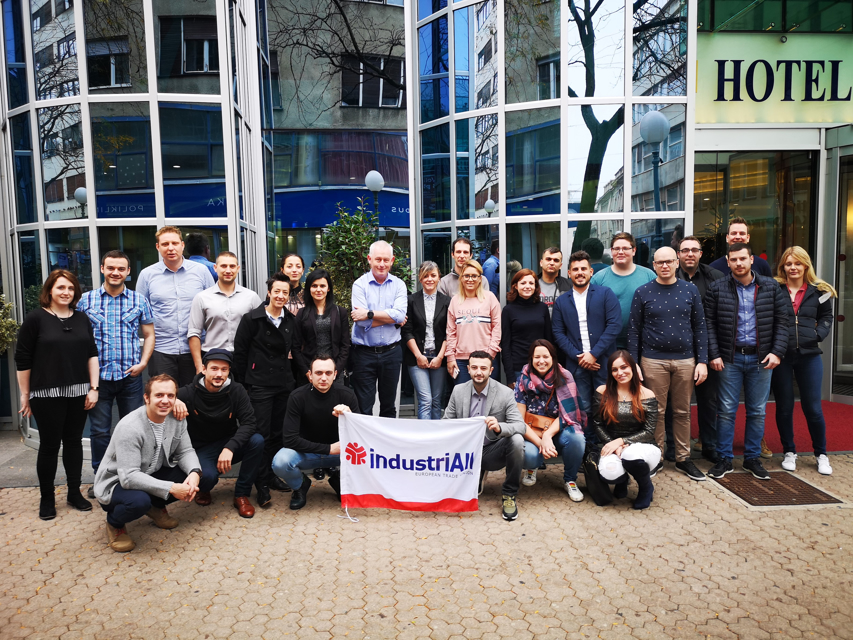 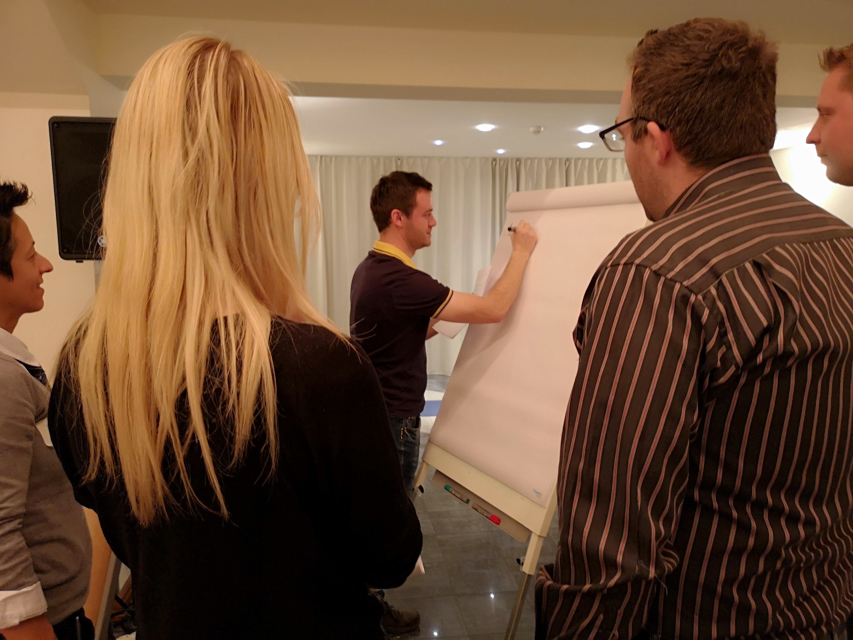 On 7 and 8 November, 25 young trade union activists from Belgium to Bulgaria came together in the Croatian capital Zagreb to discuss the big issues facing young workers in today’s turbulent times. The workshop was supported by the Friedrich Ebert Foundation Labour Relations and Social Dialogue in Central Eastern & South East Europe section, which sponsored the participation of colleagues from Central Eastern and South Eastern Europe. This youth workshop is part of a series that will run until the industriAll Europe Congress in May 2020. Another workshop will be held in 2019 and the project will culminate in a dedicated youth congress, the day before the opening of the Congress, 25 May 2020.

The first workshop dealt with the upcoming European elections, the megatrends affecting young workers, and the growing number of populist parties across Europe.

After this, the group were joined by Marija Lugaric, Head of Office of Croatian MEP Tonino Picula. Marija is a politician herself who spent four terms in the National Parliament of the Republic of Croatia and upon election at age 21 became Croatia’s youngest ever MP – a title she still holds today. As a founder member of the Socialdemocratic Youth of Croatia, Marija was in an unparalleled position to give the workshop participants information on how to successfully make their voices heard in an election campaign.

In the afternoon of 7 November, the group dove in at the deep end to discuss populism amid the growing climate of anti-democratic parties gaining ground in Europe. The group shared experiences from their countries and considered ways in which trade unions can counter overly-simplistic populist rhetoric. According to industriAll Youth, trade unions must take a stand against parties that are in direct contradiction of trade union values such as solidarity and democracy.

Megatrends such as digitalisation, globalisation and the transition to a green economy were central to the workshop throughout both days. It is clear that these trends are not in fact ‘fads’ that will soon go away but rather a central part of our everyday lives and work that trade unions and workers will have to deal with indefinitely. The group concluded that in handling these topics, trade unions must not consider digitalisation, globalisation and the transition to a green economy as natural ‘evolutions’ that we must simply accept. These issues are not ‘faits accomplis’, rather this is the moment to stand up and participate in a revolution where workers and unions use their voices to shape the transition, to protect workers rights and their livelihoods. The future world of work will be inhabited by today’s young workers, so it is crucial that these workers have their say in shaping policies that are going to affect how, when and where they work now and in the future.

As a takeaway from the workshop, a select working party has been formed to work on a youth perspective for the upcoming European Parliament election campaign. The future will be written by today’s young people, and the members of the industriAll Europe Youth Working Group are determined to have their say.