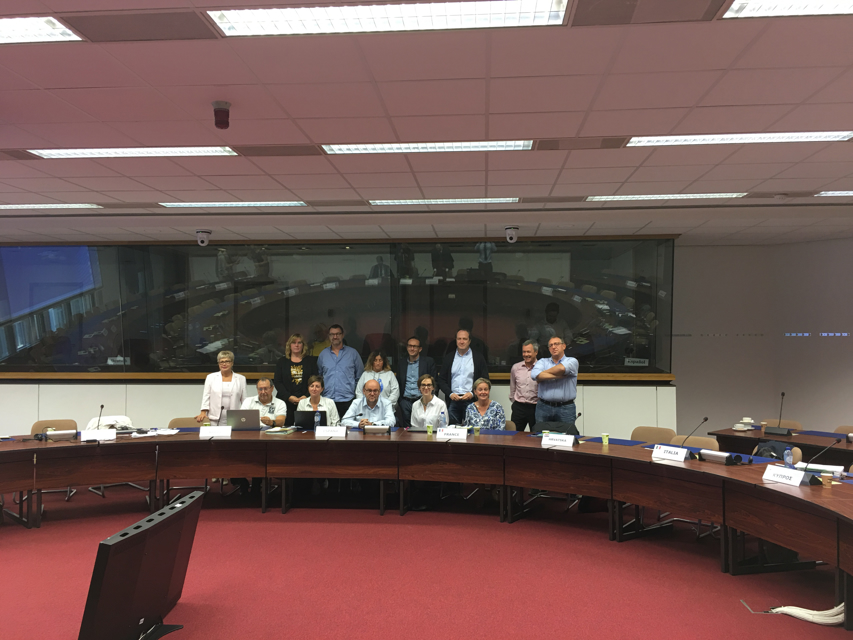 In spring, ArcelorMittal introduced a massive divestment package in response to the European Commission’s request to alleviate risks of competition distortion following its acquisition of Ilva. The announcement came as a huge shock to workers, taken by surprise by the magnitude of the plan: six European production sites and lines put up for sale in Belgium, Czech Republic, Italy, Luxembourg, Macedonia and Romania with over 15,000 direct jobs and thousands of additional indirect jobs affected.And yet, four months later, trade union and worker representatives continue to be left in the dark with no proper information nor consultation about potential new buyers. A delegation of European trade unions therefore met the European Commission services last week to raise their concerns about the big question mark hanging over the future of the targeted sites and jobs.

While talks between ArcelorMittal and potentially interested buyers have been going on for weeks behind closed doors, the steelworkers whose future jobs depend on the outcome of those transactions have been granted no opportunity to get involved in the sales process, in direct breach of workers’ fundamental rights.

As stated by Luis Colunga, industriAll Europe Deputy General Secretary, “For workers to be informed and consulted on any decision envisaged by a company, particularly when it may affect their lives and interests so significantly, is a European fundamental right. The remarkable lack of transparency shown by ArcelorMittal thus far in the search and selection of potential new buyers is unacceptable. Acting on behalf of all ArcelorMittal trade unions, industriAll Europe is calling for trade union and worker representatives to be fully involved in the sales process in due time, i.e. right from the early stage of preliminary discussions with the different bidders. To put it bluntly: we will refuse to be presented with a fait accompli and informed only after the final selection of (a) potential new buyer(s) is made”.

“Our stance is unambiguous on this point: we will not let the situation of steelworkers and production capacities in Europe be put in jeopardy because of obsolete EU competition rules which require the dismantling of a leading steel producer. The future of ArcelorMittal sites must be guaranteed and the transition to a new buyer must not lead to any disruption”, declared Luis Colunga. “ArcelorMittal workers rightly demand information and assurances for themselves, their families and their communities. Here too, we request full clarity on how ArcelorMittal and the European Commission intend to ensure that the new buyers operate and develop the sites on a lasting basis and on the measures foreseen should new buyers(s) fail to achieve the viability of the sites in the long term”.

IndustriAll Europe will pay careful attention to how the situation evolves at each site and seize every opportunity to continue the dialogue with the European Commission services. Workers’ concerns have also been directly addressed to ArcelorMittal management, with a request to urgently convene a social dialogue meeting with all trade unions concerned. Finally, ArcelorMittal trade unions across Europe will continue their transnational coordination under the umbrella of industriAll Europe and consider further actions in the coming weeks.

IndustriAll European Trade Union represents the voice of 7 million working men and women across supply chains in manufacturing, mining and energy sectors across Europe. We aim to protect and advance the rights of the workers. Our federation has 181 trade union affiliates in 38 European countries. Our objective is to be a powerful player in the European political arena vis-à-vis European companies, European industries, employers’ associations and European institutions.