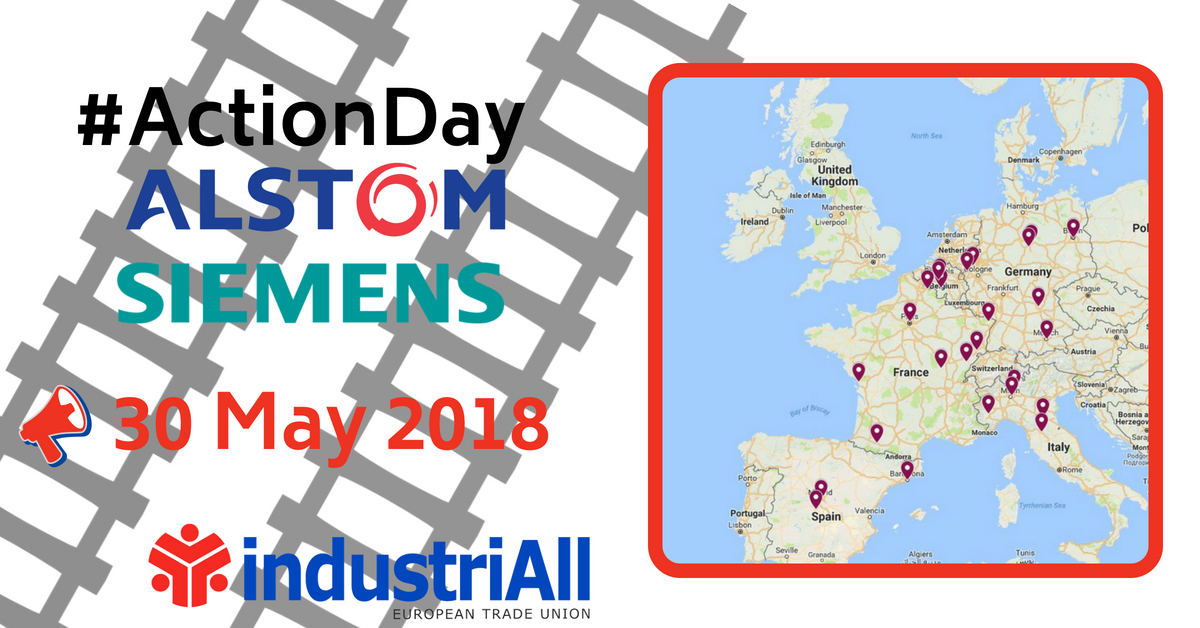 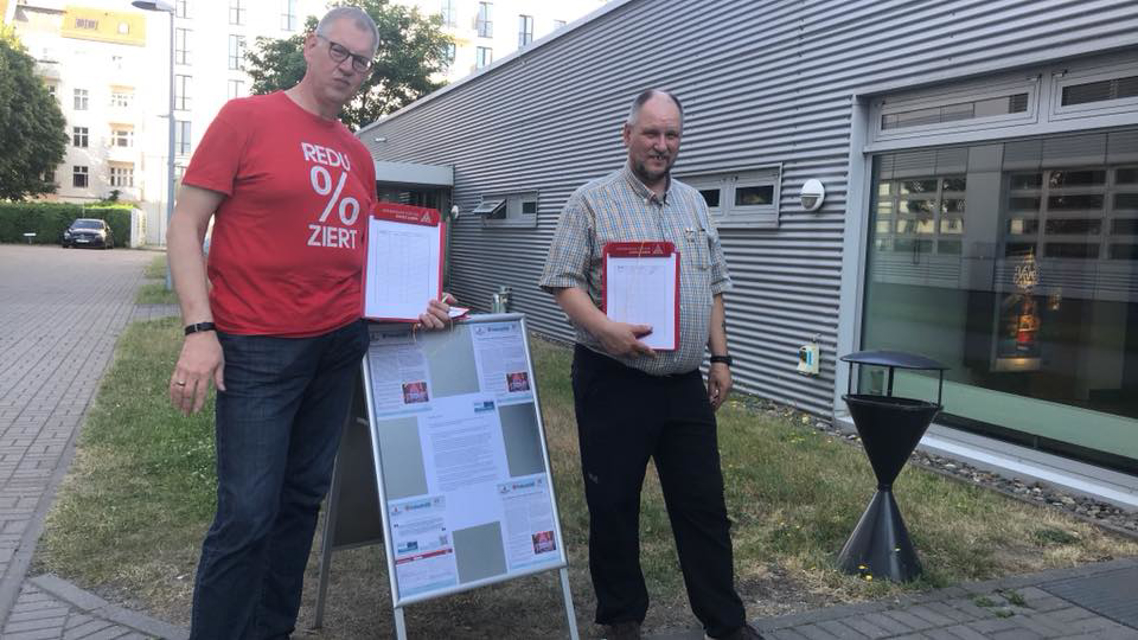 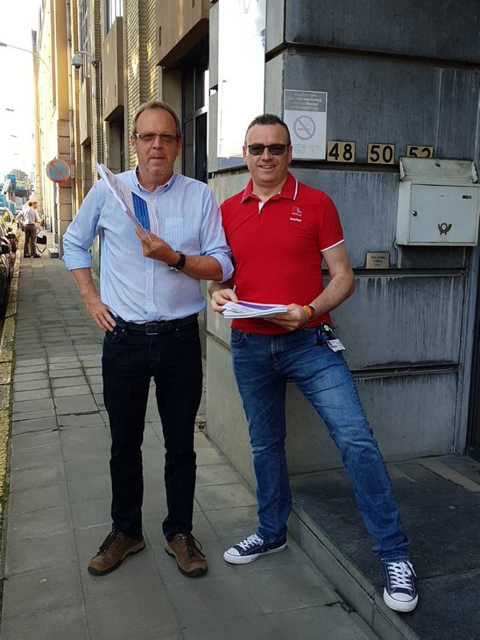 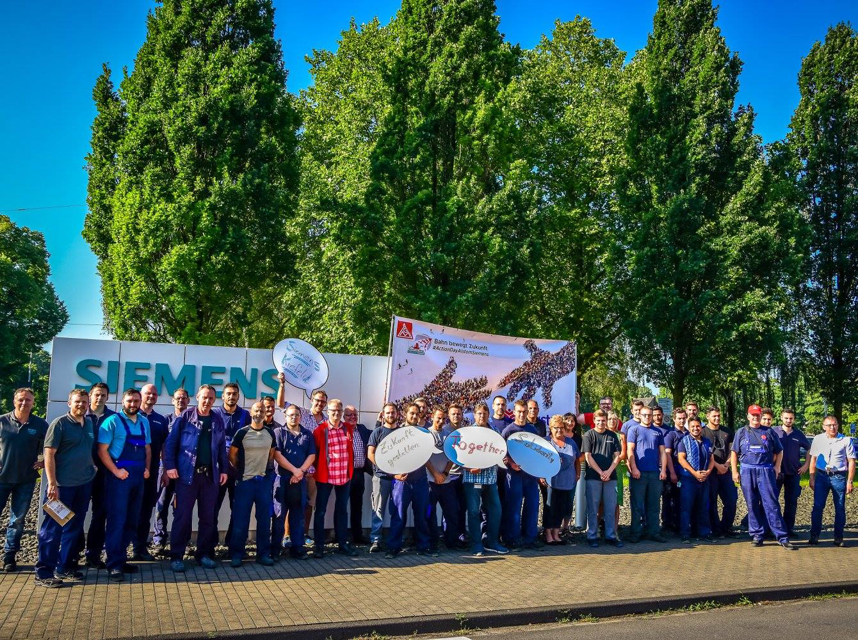 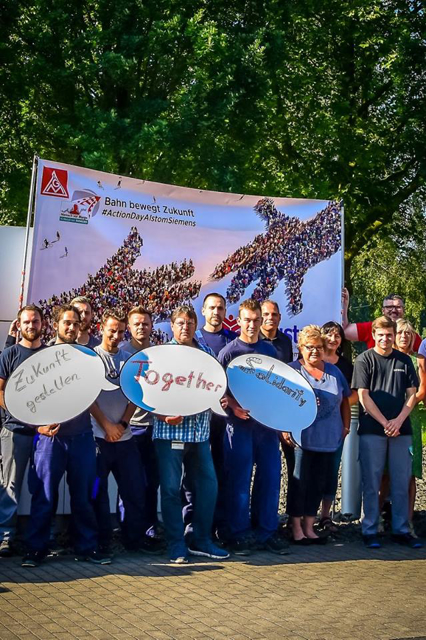 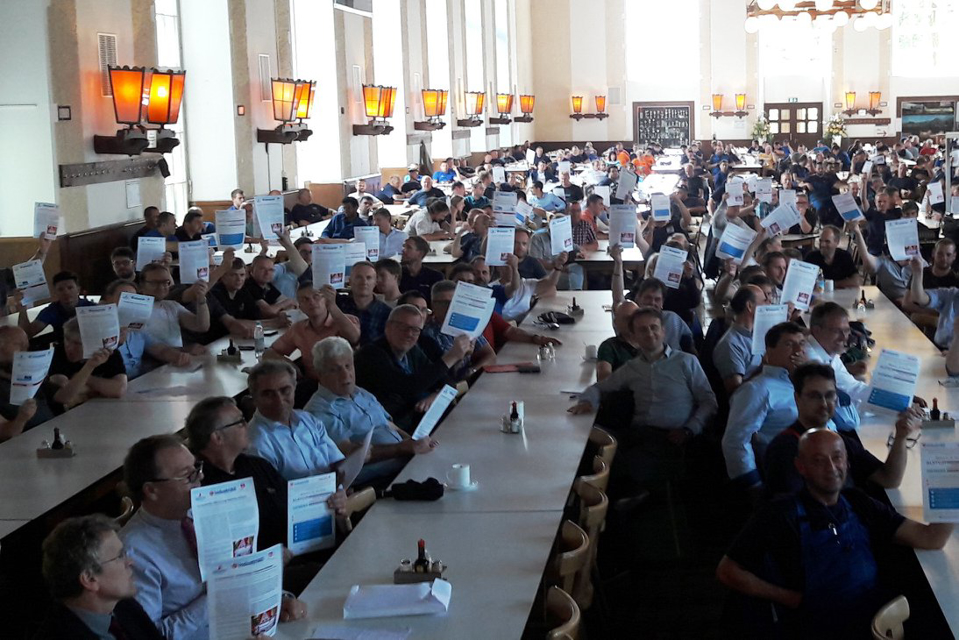 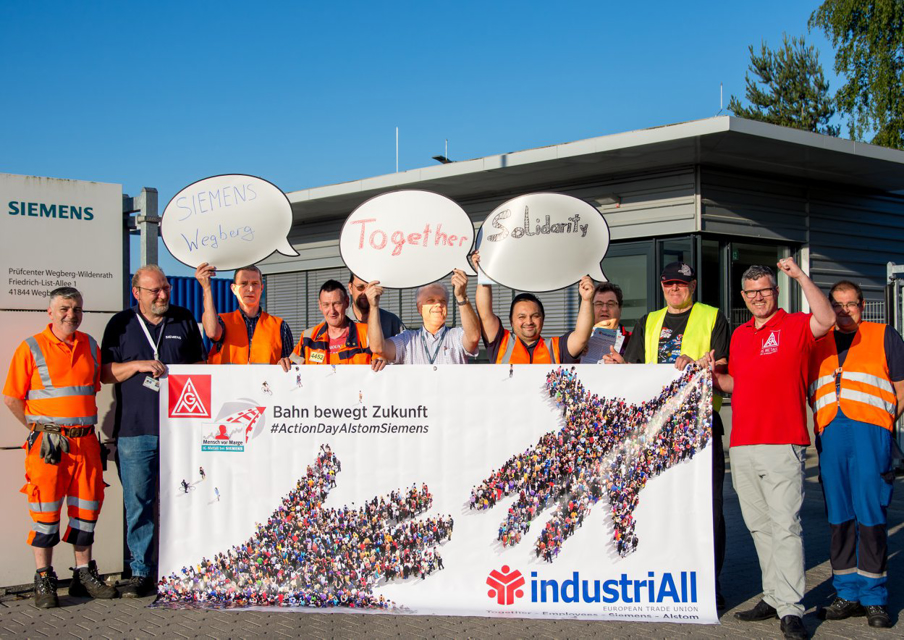 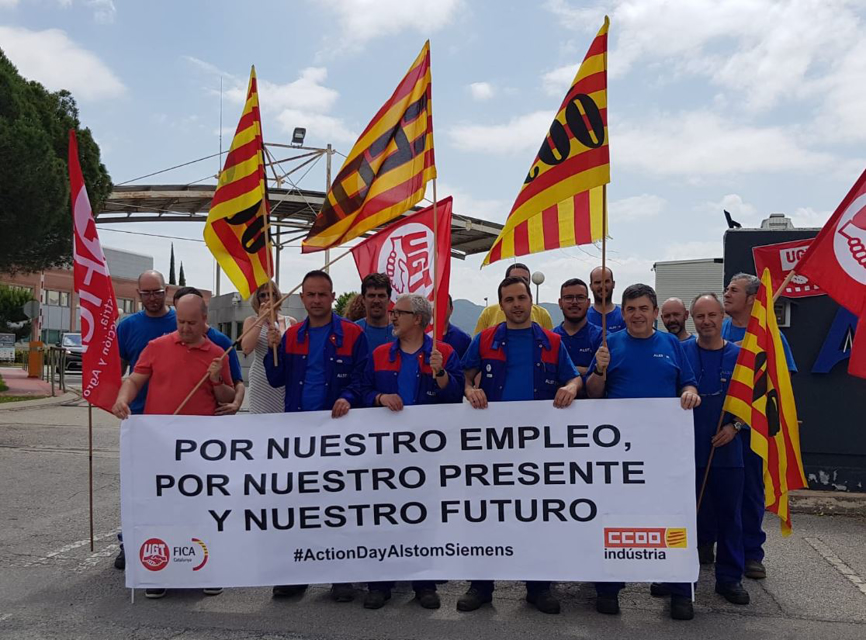 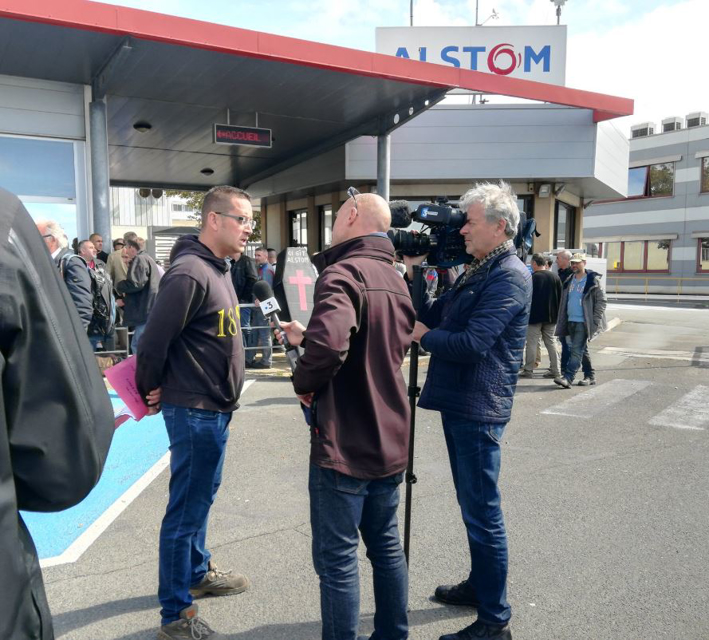 30 May 2018 will go down as a red-letter day at Alstom Transport and Siemens Mobility after workers and trade unions joined forces for simultaneous actions all over Europe to call for the long-term securing of all jobs and all innovation capacities at all European sites.

It is high time for both managements to jointly provide the answers to our long-awaited demands for full transparency on both Alstom’s and Siemens’s strategies as well as equal guarantees on jobs, sites and investments for all countries

Work stoppages, worker assemblies, information sessions, meetings of worker representatives, petitions and distributions of flyers were among the actions carried out all over Europe. In addition, worker representatives at Alstom central works council and Siemens European committee passed on workers’ demands at their respective meetings. The high-level of mobilisation sent a strong signal to both Alstom and Siemens managements, which are now expected to deliver swift and concrete answers to the thousands of workers and their families affected.

Three months ago, trade unions representing both Alstom Transport and Siemens Mobility workers across Europe met in Brussels under the auspices of industriAll Europe to share their concerns about the strategies being pursued by the two companies that announced their intention to merge in order to create a ‘European champion’ of the railway supply industry capable of countering global competitors. Even at that point in time, the lack of visibility on both Alstom and Siemens’ long-term industrial project sparked serious concerns as to their viable industrial and social futures. While an agreement aimed at securing jobs, sites and innovation capacities was reached in Germany, a so-called similar agreement struck between the French government and Siemens management remained undisclosed to the trade unions and unreliable. Moreover, no social guarantee had been provided for any of the other countries. The lack of equal treatment of all Alstom and Siemens workers appeared incomprehensible and unacceptable.

Three months later, the situation remains outrageously unchanged. More committed than ever to defend a future-oriented industrial activity of which Europe is a global leader, trade unions across Europe today carried out an unprecedented European Action Day (#ActionDayAlstomSiemens),during which they urged Alstom and Siemens managements to:

1.    Secure all jobs and all European sites by opening negotiations with trade unions in all countries as soon as possible

2.    Secure the innovation capacities of all sites through groundbreaking R&D, ambitious investment plans and the development of workers’ skills and qualifications

3.    Provide full clarity on Alstom’s and on Siemens’ long-term industrial projects and how they will help secure the future development of the two companies

4.    Commit to high-level standards of social dialogue and respect workers’ rights to information, consultation and participation on the envisaged merger.

“We simply cannot accept that the level of uncertainty remains so high eight months after the announcement of the merger plan. It is high time for both managements to jointly provide the answers to our long-awaited demands for full transparency on both Alstom’s and Siemens’s strategies as well as equal guarantees on jobs, sites and investments for all countries”, stressed Sylvain Lefebvre, industriAll Europe Deputy General Secretary. “We will make sure that the strategies pursued by Alstom and Siemens do not jeopardise the future of Europeans jobs and sites nor dilute workers’ rights”.

“Discussion surrounding Alstom and Siemens Mobility plans further highlights the pressing need to fully grasp the challenges faced by the sector”, stated Luc Triangle, industriAll Europe General Secretary. “European policy-makers have a responsibility here too. We will thus continue to urge them to swiftly provide a strong industrial policy to support the railway supply industry in Europe”.

Read this Press Release in FR and DE