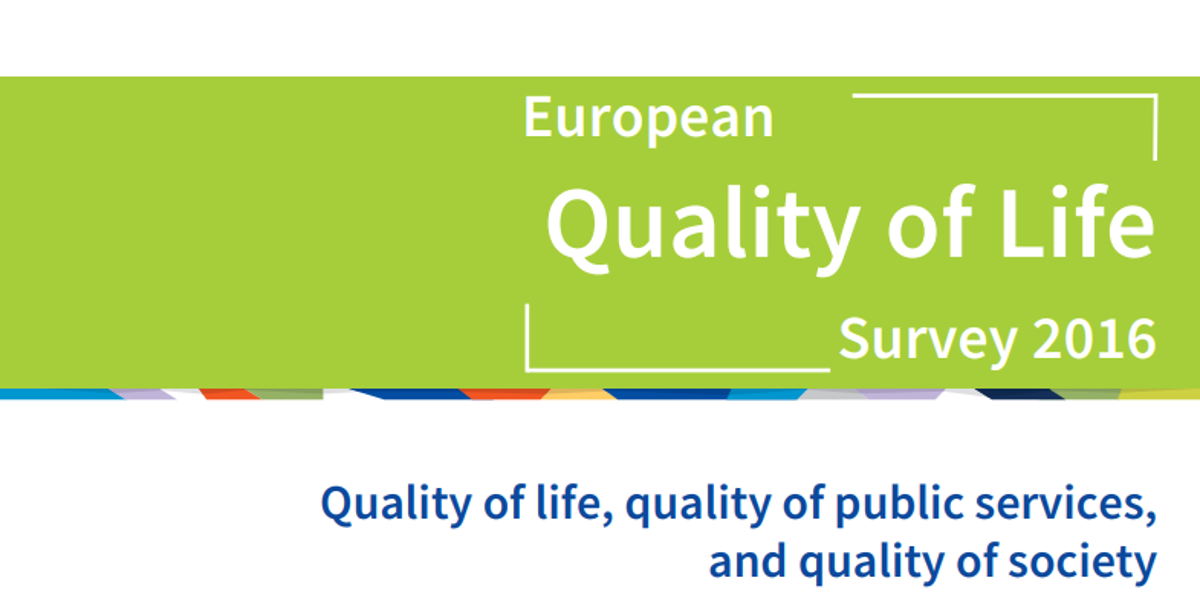 While trade unions are demanding fairness, decent work, pay rise and social protection, the EU’s working life agency, Eurofound, presents a report which shows that this is exactly what Europe needs.

Even if there has been a general progress in quality of life in the EU from 2011 to 2016, there are serious asymmetries and inequalities. Country differences in terms of quality of life remain extensive.

Some critical points of the report include:
-    Limited improvements for low-income groups since 2011.
-    Difficulties in making ends meet are still higher in seven countries than before in 2007.
-    In 11 countries, more than half of the population report difficulties in making ends meet.
-    In Greece, Italy and Spain, life satisfaction declined between 2011 and 2016, which continues a downward trend from before the economic crisis.
-    The situation of the long-term unemployed has worsened.
-    Older people have lower life satisfaction, especially in the East.

General Secretary, Luc Triangle, said that the report reveals unacceptable shortcomings of the European social model. Profits have long recovered from the crisis but workers’ wages have still have not gone back to pre-crisis levels. The Eurofound Survey states that in 11 European countries, more than half of the population are having difficulties making ends meet every month. For this reason, industriAll Europe is taking an active part in the ETUC Pay Rise Campaign. A pay rise is justifiable way to tackle rising inequality and in-work poverty, and to generate growth and recovery for the many, not the few.

IndustriAll Europe calls on European Heads of State and Government to take heed of the vital research carried out by Eurofound and to work with social partners, to provide European citizens with quality work which is fundamental to a good quality of life.

You can find the full report by clicking on this link.