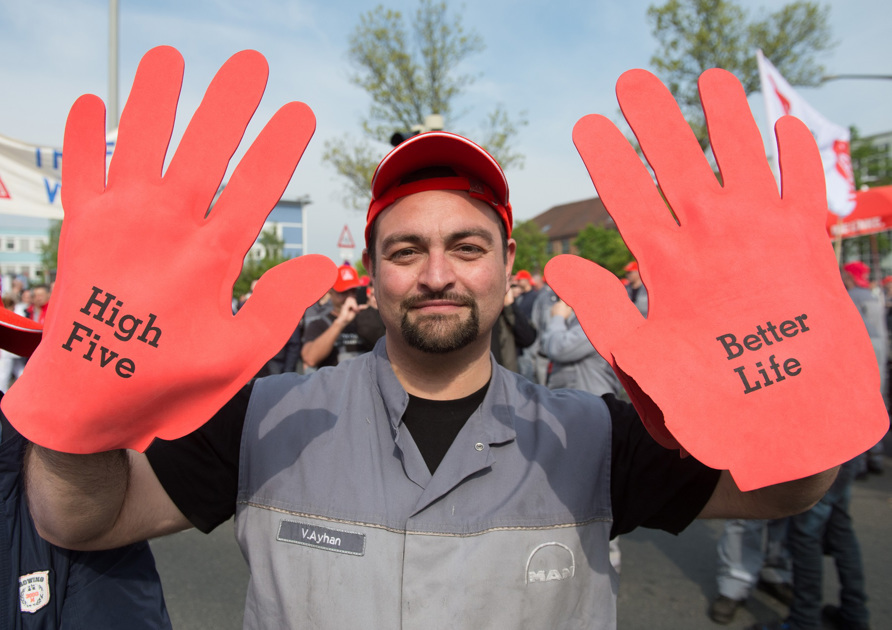 “It is only fair that the German metalworkers get a good share of the wealth they have contributed to create. This is good for the economy as a whole since this pay rise will translate into more purchasing power. This is also a signal for all European workers for whom it is high time for a wage increase” said Luc Triangle, General Secretary of industriAll Europe.

“After years of flexibility imposed by employers, this agreement is shifting the balance of power in introducing more self-determination for workers in their working time. This agreement is at the cutting edge of modern working time with more possibilities for workers to have working arrangements that fits their life and their health. With this agreement, IG Metall has shown that strong trade unions combined with collective bargaining structures can deliver good living and working conditions for a large majority of workers.”