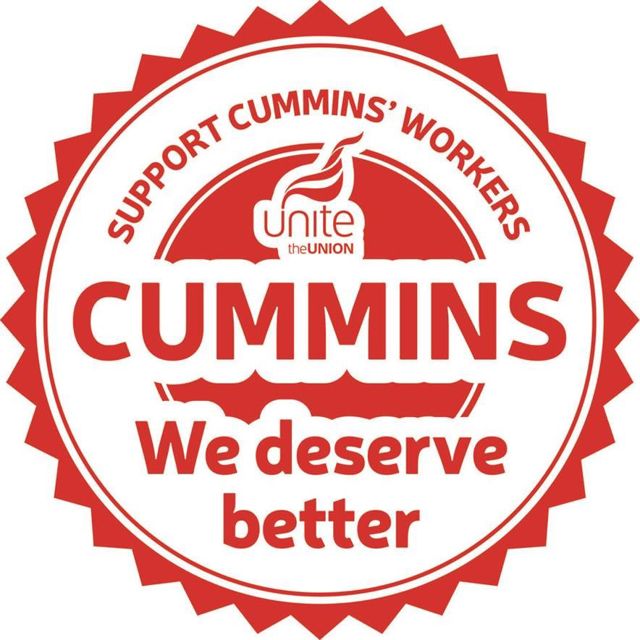 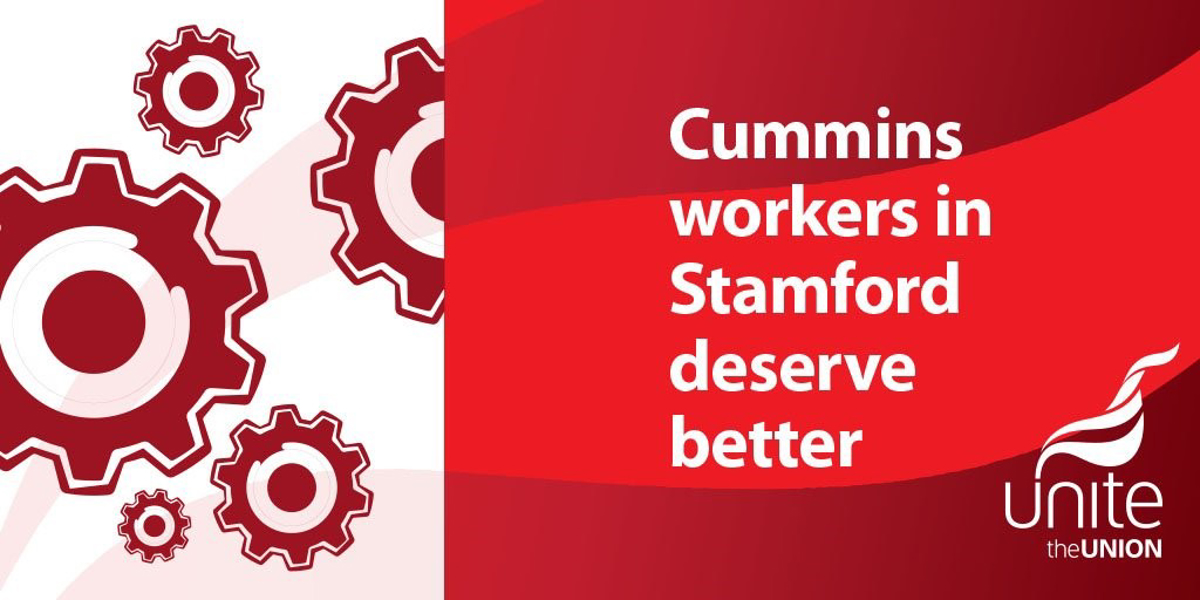 PRESS RELEASE from UNITE The Union - The workers at Cummins Generator Technologies in Stamford have voted by an overwhelming 93 per cent for strike action over the failure of management to negotiate constructively over plans to shed 300 jobs.

Unite, the country’s largest union which represents more than 260 workers, said it had a massive mandate for strike action on a 91 per cent turnout. The vote for industrial action short of a strike was 96 per cent.

The union said today (Friday 12 January) it would be announcing dates for strike action very soon.

Meanwhile, talks between the management and Unite today has resulted in a revised offer by the firm for workers due to be affected by the closure of the Barnack Road site in October this year. This offer will be put to Unite’s members.

Unite regional officer Scott Lennon said: “We are delighted to have received such a massive mandate from our members for strike action over the management’s failure to address concerns about their future with the closure of the Barnack Road site.

“We will be considering the next course of action with our shop stewards and dates for strike action will be announced shortly.

“At the same time, talks with the company today resulted in a revised offer for those workers who could lose their jobs later this year. This will be put to the workforce for their consideration.

“We are in a fast developing situation and I would like to thank our members for the strong solidarity that they have shown since the shock closure announcement last October.

“As a union, we are very concerned about any loss of skilled manufacturing jobs and the adverse effect it will have on the Lincolnshire economy. We have called for an impact assessment on the local economy of these job losses.”

The company has indicated 150 people could be employed at a centre of excellence in Ryhall Road in the town, following the closure of the Barnack Road site. It is understood that Cummins currently employs 500 people in Stamford.

Article written by UNITE The Union