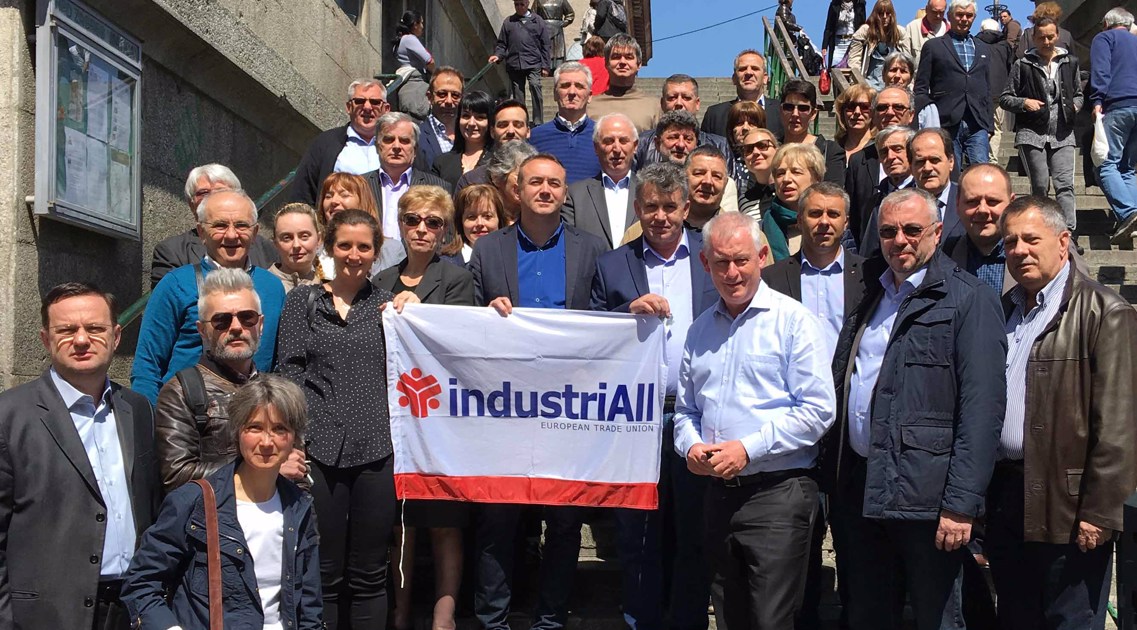 The manufacturing workers in South East Europe receive incomes that are too low to be able to lead a decent life in their countries - a fact that pushes many young graduates and qualified workers to leave their countries in search for decent work and decent lives, thus draining the local labour force and society. This trend also forms a vicious circle for trade unions in that region that suffer a loss of membership and influence in the political debate, at the detriment of national or sectoral social dialogue. The economic situation in many of the countries is devastating and investments in industrial sectors are few. Another worrisome trend is the occurrence of Chinese investments with a lack of respect towards trade union rights, but also investments from companies from Western Europe who offer decent working conditions in their home countries but do not apply the same standards in South East Europe.

The second Congress of industriAll Europe made fighting this trend a priority by promoting stronger cooperation of European industrial trade unions in multinational companies in organising and implementing the same standards in all their operations and subsidiaries in Europe.

To support trade union involvement in the shaping of industrial policy industriAll Europe has engaged two experts to analyse the strengths, weaknesses, opportunities and threads to industry in six South East European countries that have been at the centre of the debate over the last couple of months. They will lead to more concrete industrial policy recommendations for the sub-regional level and be accompanied by trade union action plans identifying the concrete actions to promote them.

Creating a sustainable industrial policy strategy enabling the way for more investments in high-end industrial production, research and innovation and in good qualifications and working conditions is the prerogative for industriAll Europe and must be the prerogative for South East Europe in order to offer trade unions the leverage to recruit more members and keep decent production and living standards in Europe.

The SWOT analyses for Bulgaria, Romania, Croatia, Serbia, Montenegro and Macedonia are available online. Together with the upcoming industrial policy recommendations, they are the outcome of the project “Strengthening the industrial trade unions’ role in South East Europe in shaping the industrial policy agenda in the light of the objectives of Europe 2020, which is co-funded by the European Commission.