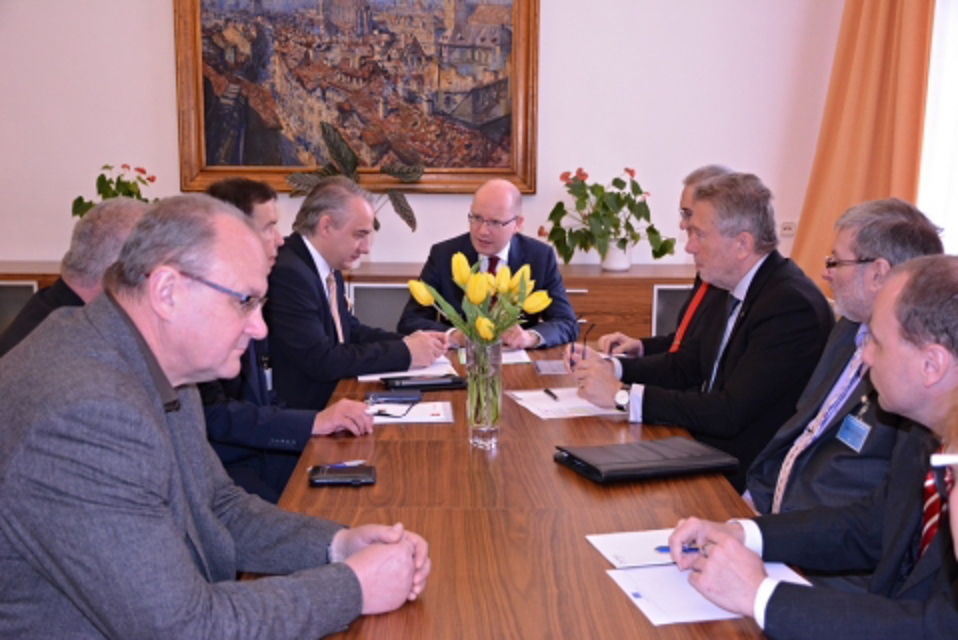 IndustriAll European Trade Union welcomes the initiative of its affiliated unions’ representatives from the Czech Industrial Trade Union Federations to meet with the Czech Prime Minister, Bohuslav Sobotka. Together, on the 18th April, the delegation lead by Jaroslav Souček (OS KOVO President) and Josef Středula (ČMKOS President) held significant discussions on wages in Czech Republic and the EU. Trade unions federations insisted on the need for Czech wages to move closer to EU wage levels to stop wage and social dumping with the accompanying phenomenon of production transfers to low wage regions. IndustriAll Europe is convinced that to achieve European integration, we must together focus our energy on the principle of equal pay for equal work throughout the EU.

Finally, during the press conference held following the meeting, the Czech Prime Minister declared that wage convergence is and will remain the priority of the Czech Government, linked closely with the future of Czechia in the EU and it must be one of the main principles driving EU reform. IndustriAll Europe, in the context of the European Pay Rise Campaign, will continue to strive for Equal pay for equal work and solidarity throughout the European Union (FR, DE).